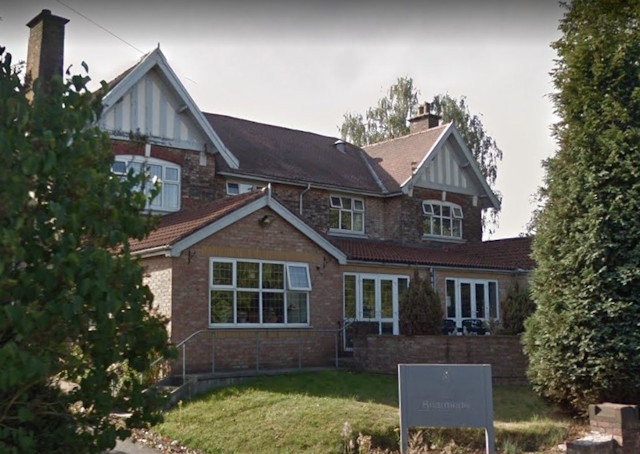 A care home for the over-65s could face enforcement action after being ordered to improve by the health watchdog for the fifth consecutive time.

Briarmede Care Home, in Middleton, has been rated as either ‘inadequate’ or ‘requires improvement’ by Care Quality Commission (CQC) officials at each inspection since April 2015.

A new report, following an inspection carried out in January, has again found significant shortcomings at the Rochdale Road facility.

While the regulator found the service to be ‘good’ in terms of how effective and responsive it was – and praised the ‘kind, caring and respectful’ staff – serious concerns were raised.

Inspectors found three breaches of the Health and Social Care Act relating to safe care and treatment and good governance, leading to another ‘requires improvement’ rating.

The CQC – which can issue warnings, suspend or cancel homes’ registration and even prosecute in the most serious circumstances – says it is now ‘considering options in relation to enforcement action’.

Senior officials at the care home say they have now addressed the issues raised by the CQC. They say the rating does not ‘reflect the positives in the report’.

The watchdog’s report states that there were several health and safety issues.

These included ‘unlocked doors to hazardous areas; missing window restrictors; and unsecured wardrobes’ – none of which were not acted upon until inspectors informed the registered managers during the inspection.

Recommendations in a fire risk assessment had not been followed in a ‘timely manner’, leading inspectors referring their concerns to a fire safety officer.

Care files did not record whether people were being given the choice to share information about relevant protected characteristics – age, disability, religion and sexuality – in order to prevent discrimination, the report said.

The failure of the home’s monitoring systems in ‘identifying and resolving’ the issues relating to medication, fire safety, confidentiality and other health and safety issues was also found to be a breach.

Although leadership was rated ‘inadequate’, the report noted that two new managers had worked hard to improve the service.

The CQC also notes that Rochdale council reported significant progress in the three months leading up the inspection.

A spokeswoman for Briarmede Care Home said issues raised in the report had now been addressed.

She said: “There is a lot of good in the CQC report as well, it’s just that the rating doesn’t reflect the large number of positives and how happy all the staff and residents are at Briarmede.”

She said the home was constantly striving to improve and had recently spent thousands on a new laundry, a new lift and new flooring.

“All the actions in this report were completed on April 25, there is nothing outstanding now.”