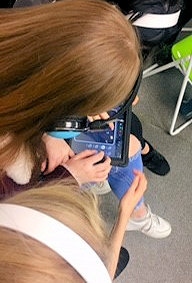 Young people at North Manchester Radio 106.6 creating their own music

Young people have produced, sung and played their own music, which was aired on North Manchester Radio 106.6.

Nurture Psychology Service, a clinical psychology-led not-for-profit social enterprise based in Rochdale, worked with eight young people aged 12 - 16 years old to produce and sing a song to their future self as part of a 16-week course to increase confidence and resilience.

The sessions included planning and writing songs, visiting North Manchester Radio 106.6 to practice producing, interviewing and going on-air. The result was a special two-hour show showcasing the songs and interviewing the young people on their experience, which was aired on Wednesday 15 May, during mental health week.

The show was hugely popular, with Natalie Walsh from North Manchester Radio FM saying: “I don’t think we have ever had this many message of support on the phones.” 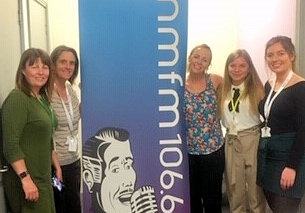 Increasingly, evidence is showing the benefits of music therapy, and this was true of these sessions. The young people’s clinical measure of resilience and sense of mastery (MAS- Youth resilience Scale) were collected four times over 16 weeks and have shown an increase.

Clinical Psychologist, and co-director of Nurture, Dr Louise Mansell said: “It’s great to have these positive results, but it was even more wonderful to be part of witnessing the increased confidence in the young people.

“We all enjoyed this project so much; we are going to continue meeting with the young people and have already started to bid for more funding.

“It was great hearing the young people once they had been on air.”

One young person on the course said: “I can’t believe I can do something like this.”

Another young person chose to present and play her own song about her experience and feelings about being in care.