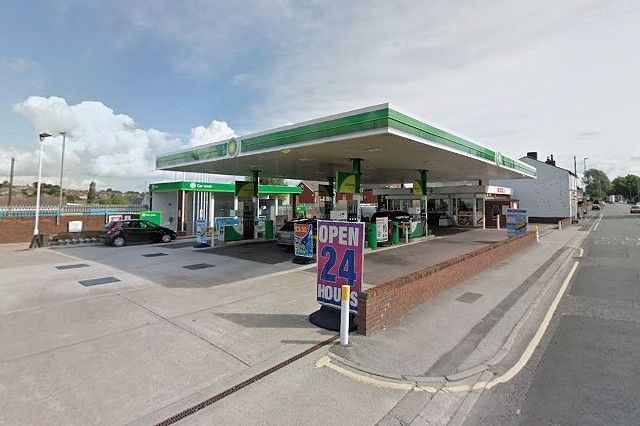 Londis store at the BP garage, on Oldham Road, Middleton

A 24-hour petrol station has been given the go-ahead to sell alcohol ‘round-the-clock’ by a town hall licensing panel.

Customers will be able to buy drink to consume off-premises from the BP garage forecourt shop on Oldham Road, Middleton, despite concerns over anti-social behaviour and drink-driving.

The licence also gives the Londis store permission to sell ‘late-night refreshments’ – mainly hot drinks – between 11pm and 5am.

Members of a three-strong committee were satisfied that the store would be run responsibly after hearing the applicant had agreed a number of conditions with police and trading standards officials.

Councillor Phil Burke, who sat on the panel, said: “I’m pleased with the outcome today because – reading the report – it’s a well-established well-run operation that has worked closely with authorities and the police to reach an agreement.”

During the proceedings, Councillor Sameena Zaheer said her main concern was that granting the licence could lead to an increase in drink-driving.

However, Robert Botkai representing the applicant said there was ‘no evidence’ to link drink-driving with the sale of alcohol from petrol stations. He told the panel that statistics show the drink-driving rate has come down while the number of licensed petrol stations has gone up.

“I wouldn’t for a minute argue there’s a causal link between the two,” he said: “But there’s certainly been no increase since petrol stations started to become licensed.”

Councillor Zaheer also said she was concerned about children trying to buy alcohol from the garage.

Mr Botkai said he did not anticipate a problem, but the garage would operate a ‘Challenge-25’ policy to deal with any attempt at under-age purchases.

He added: “They’re not targeting us for tobacco at the moment and don’t expect them to suddenly start targeting us at night, but it’s something the store has got to be vigilant about.”

It also emerged that despite operating as a 24-hour garage for around 18 months, planning permission conditions restricted opening hours to 7am-11pm Monday to Friday, and 8am-10pm on Sundays.

Mr Botaki said this would be addressed through the council’s planning department, as it was not a matter for the licensing committee.

Mr Botkai said: “It is difficult if an adult comes in and want to supply it to an under-18 somewhere completely different, there’s nothing we can do about that, but it’s something the staff have got to be vigilant for.”

He also said that provision of toilets or bins would be ‘counterproductive’ as it could be seen as encouragement to consume food or drink on or near the premises.

The licence was granted on the condition that staff receive training on licensing laws, logs of sales refusals or any incidents or is kept.

A digital CCTV system will also be in operation, with footage kept for a minimum of 31 days.