You are Here: Home » News » News Headlines » Tour of Britain route to pass through Rochdale this September

Tour of Britain route to pass through Rochdale this September 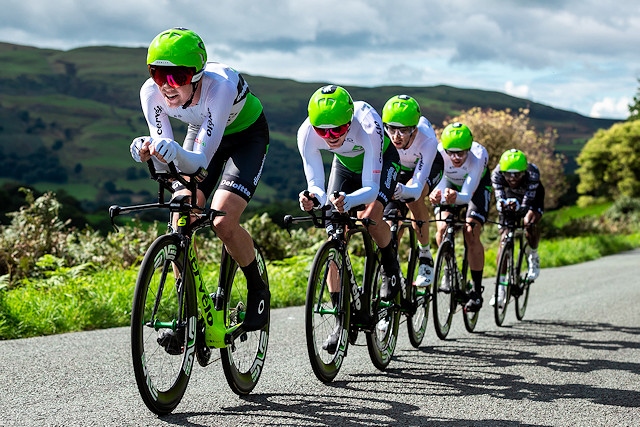 Part of the OVO Energy Tour passing through the Lake District

Britain’s biggest professional cycle race, the OVO Energy Tour of Britain, will pass through Rochdale this September as Greater Manchester hosts the final stage of the eight-day race with a route that takes in all ten of the city’s boroughs.

Beginning in George Square, Glasgow on Saturday 7 September, the eight day race will take the world’s top teams and riders across a 1,250-kilometre route through the south of Scotland, England’s north east and north west and the heart of England before the overall finale for the first time in Manchester city centre on Saturday 14 September.

Race director, Mick Bennett said: “This year’s race is a quintessentially British affair, combining the short and sharp climbs we’re famed for with finishes for the world’s best sprinters and hopefully a few surprises along the way.

“This year’s OVO Energy Tour of Britain route has been designed with spectators in mind. From visiting three iconic cities and including uphill finishes that are guaranteed to create drama to using finishing circuits, this year’s race will play a big role in helping Britain become a great cycling nation.”

Adrian Letts, CEO of Retail, OVO Energy, said: “This is our third year sponsoring the OVO Energy Tour of Britain and we're thrilled to see an amazing route featured, ready to challenge the cyclists and entertain spectators."

Stage one will take the race from Glasgow city centre; at 201 kilometres, the opening day will be the longest of the 2019 race.

Two stages then take place in the north east, from Berwick-upon-Tweed to Newcastle-upon-Tyne on Monday 9 September, before stage four begins just across the River Tyne in Gateshead.

From Gateshead, riders will cross the Pennines and through the Yorkshire Dales National Park in a 171-kilometre stage containing almost 3,000 metres of climbing before finishing in the town of Kendal.

Action resumes on Wednesday 11 September as the OVO Energy Tour of Britain travels to Merseyside with Wirral hosting stage five.

Riders will then do battle in a stage entirely within Worcestershire, one that will help shape who succeeds Julian Alaphillipe as the winner of the OVO Energy Green Jersey.

The penultimate stage of the race is in Warwickshire with a 186.5-kilometre route from historic Warwick finishing with three ascents of the 1.4-kilometre, 4.9% average gradient climb of Burton Dassett.

Saturday 14 September will see a stage of the OVO Energy Tour of Britain finish in Manchester city centre for the first time since the inaugural edition of the modern tour in 2004, with Deansgate hosting the finale of stage eight.

The final day of racing will see the peloton taking on a 165-kilometre route starting in Altrincham that includes almost 2,000 metres of climbing, including the famous climb of the Rake at Ramsbottom and passes through all ten boroughs of Greater Manchester.

ITV4 will once again screen live free-to-air coverage flag-to-flag of each stage in the UK, along with a nightly highlights programme of the best of the action.