Mia Linnik-Holden and Andrei Toader at the Blackpool Dance Festival 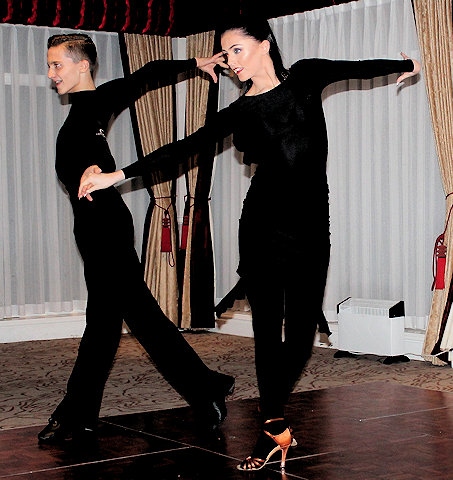 Mia, 16, and Andrei, 17, landed an impressive eighth place in the U21 Youth Ballroom, just three marks from the final, whilst placing 13th in the Amateur Rising Star Ballroom category, a narrow two marks from reaching the semi-final.

The dedicated duo, who have rapidly gone from strength to strength over the years, have continued to top the dance scene since rising to the youth ranks in 2018.

Earlier this month, Mia and Andrei won the U21 Ballroom at the Southport Allied Championships, whilst placing as runners-up in Amateur Ballroom.

They said: “Thank you to our amazing team - our incredible sponsors, coaches and families, friends and supporters. We are so thankful to have you behind us and feel so blessed to be together on this journey.

“We have watched an inspirational amateur competition tonight and are so focused and excited for our future.”

The teenagers became junior world champions after their partnership began in May 2015, racking up numerous titles in the junior ballroom and Latin ranks.