Doctor warns "staff shortages mean you had better be patient" 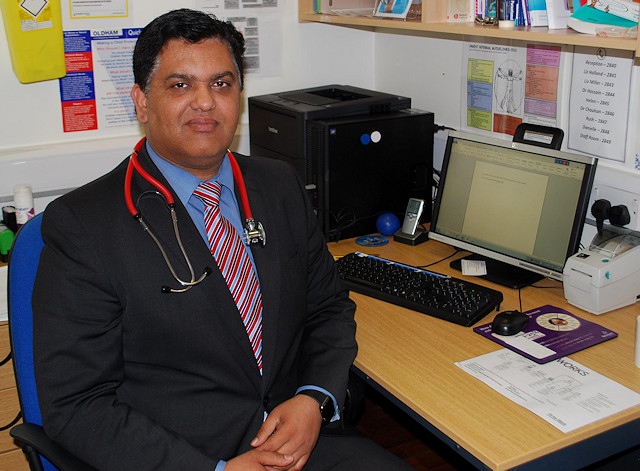 Health campaigner Dr Zahid Chauhan has warned that an NHS labour shortage means that everything from having an x-ray to being picked up by an ambulance could be accompanied by an almighty wait.

A damning report by an independent advisory body has recommended that almost every single medical role in England be put on a “shortage occupation list” including nurses and paramedics.

And Dr Chauhan has warned that unless these pivotal posts are filled quickly, patients face long delays for treatment that could prolong pain and suffering.

“Penny pinching and the denigration of lifesaving jobs such as family doctor has resulted in a situation where every single occupation in our NHS is seemingly suffering a shortage of staff” said Dr Chauhan.

“It has also led to unimaginable strain for employees trying to plug the gaps caused by this exodus. This is beyond alarming for public health, especially with Brexit meaning more specialised and experienced professionals are leaving our health service.”

In their last report in 2013, the Migration Advisory Committee only placed certain roles such as consultants in emergency medicine, on the endangered list. Now they have called for all jobs – including for the first time, speech therapists – to be included.

Separate research has shown that:

Dr Chauhan continued: “The NHS is haemorrhaging staff for a number of reasons, including a sense of disillusion amongst employees who want to spend time comforting and healing patients not form-filling or covering five different jobs. In fact, those who have remained should receive the highest praise for sticking with their vocation in the face of underfunding, needless bureaucracy and often unfair criticism.

“This is a national emergency and we need measures put in now to recruit and train new staff to essential posts, bring professionals back into the NHS and make sure we retain the heroic staff already in post.

“The alternative, a health service where people wait for or can't receive treatment, is simply unthinkable.”