Rochdale company behind 'Savvibuy' website wound up in High Court 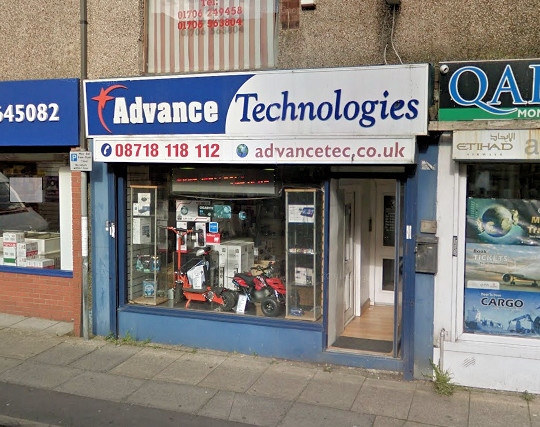 The Advance Technologies shop in Rochdale pictured in 2016

A Rochdale company has been wound up by the High Court after failing to supply in-demand Christmas presents through its ‘Savvibuy’ website in 2016.

Two companies - Advance Tech (UK) Limited of Rochdale and Chorley, and Clever Technology Limited, of Bridgtown, Cannock - that failed to supply over £3 million of popular toys and gadgets in time for Christmas were wound-up in the High Court in Manchester on 26 October 2018 and 7 May 2019 respectively.

In considering the petitions, the court heard that Advance Tech traded in computer parts and gadgets using the trading name ‘Advance Technologies’ before trading with Clever Technology in 2016.

In November 2016 a website called savvibuy.co.uk was created to sell in-demand tech such as games consoles and virtual reality headsets for Christmas.

The website received a large number of orders and, while most went unfulfilled, Advance Tech – previously known as Advance Games Esports Organisation – took payment via a merchant services facility for 30,000 of them.

Advance Tech then transferred more than £3.4 million to Clever Technology for the goods, who in turn paid the funds to a third company based in Dubai. No goods were ever received in exchange and later investigations determined that, in Dubai, the funds had been withdrawn in cash.

Customers, alarmed when their Christmas presents had not been delivered as promised, contacted Advance Tech and were told that goods would be with them in time for the festivities.

When they didn’t turn up, customers were then told by Advance Tech in January 2017 to request a chargeback through their bank.

This resulted in the merchant services facility suffering a loss of £2.9 million. A further estimated £1 million is still owed to customers who paid via debit card.

Many customers took to a social media group - ‘Unsatisfied SavviBuy Customers’ – writing about how the company, operating under the Advance Technologies store on Tweedale Street, had failed to deliver goods ordered in plenty of time for Christmas.

All were ‘guaranteed to receive their items before Christmas’ - but only one person Rochdale Online spoke with at the time did, with many others driving to the store from across the country to demand a refund.

Scott Crighton, Chief Investigator for the Insolvency Service, said: “These companies ruined the merriest time of year for so many families, whose children and loved ones were left empty-handed on Christmas morning.

“Thankfully their actions have caught up with them and, through petitioning the court to shut the companies down, we have prevented them from causing further misery to unsuspecting customers.”

Clever Technology initially prepared to defend the winding-up petition, but withdrew its evidence the week before trial. The Winding-Up Order was handed down on the first day of the hearing, 7 May 2019.

Members of the public who have been affected by the actions of Advance Tech and Clever Technology can contact The Official Receiver with details of their orders at: