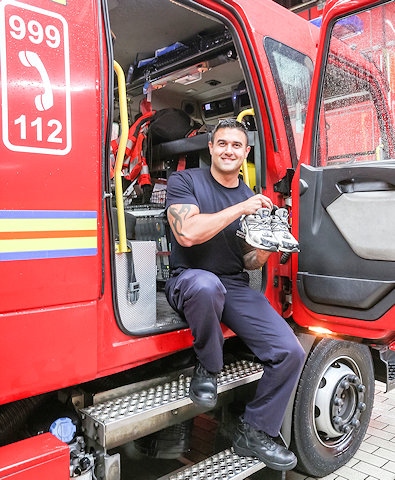 A Rochdale policeman turned firefighter has run 22 10k races in honour of the Manchester bombing victims, raising over £15,000 in total.

Aaron Parmar was a police officer at the Manchester Arena on the night of the attack, witnessing the physical and emotional devastation caused.

After moving to the fire service, Aaron decided to show his support for the 22 victims by running 22 10k races in their honour.

Aaron completed his challenge with the Great Manchester Run in memory of eight-year-old Saffie Rose Roussos – the youngest victim – on Sunday 19 May in his full firefighting uniform.

He said: “[It has been] emotionally difficult seeing all the families at the finish line and a lot of friends and family come out to support me. It has been an epic journey and I’ve loved every minute.

“Thank you all, but most of all thank you Saffie for getting me through this race and thank you to all the 22 angels it has been an honour to do this for you and your families.”

Speaking on ITV’s Lorraine the day after his final race, Aaron said each medal would be engraved with the name of a victim before he would give them to the families.

All funds raised will go towards establishing a permanent memorial or memorials to the victims of the attack.

Aaron’s races, and who each one was dedicated to: