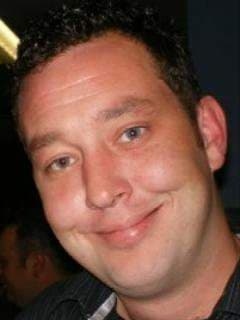 A Heywood man died of an infection contributed to by neglect, a coroner has ruled.

Allan Porter died at his home in Heywood in 2010, aged just 32. His death was witnessed by his partner, Amanda Stephens, who was pregnant when he died.

Allan’s family has always disputed the post-mortem results, given by pathologist Doctor Khalid Ahmed as a heart attack.

An inquest into his death at the end of May found that Mr Porter died of supraglottitus, an inflammation of the windpipe usually caused by a bacteria or virus which can block off airways.

The coroner concluded that Mr Porter “died of a recognised infection, contributed to by neglect.”

Speaking to Rochdale Online after the inquest, Ms Stephens said: “Coming to terms with losing a loved one is painful enough, but to find out years later, that, if basic monitoring had taken place, Allan would still be here today has left me feeling devastated.

“So many have sent their best wishes on the outcome of the verdict, but it's going to take some time before I can take any comfort from this.”

In October 2018, inquests for 26 people – including Allan – were put on hold after a review into the work of Doctor Khalid Ahmed found some reports had an ‘incorrect’ cause of death given.

The inquest into Allan’s death was dramatically adjourned later that month, causing further heartache for his family.

Dr Ahmed, who worked as a consultant histopathologist at the Royal Oldham Hospital, had conducted more than 1,300 post-mortems on behalf of the Manchester North Coroner’s Office between 2007 and 2017.

Professor Simon Kim Suvarna, a consultant histopathologist at Sheffield Teaching Hospitals, examined some of Dr Ahmed’s post-mortem reports, finding some of them to be ‘inadequate’ and ‘incorrect’.

A police investigation is ongoing following a referral by the coroner and Dr Ahmed was dismissed from his post in August 2018.