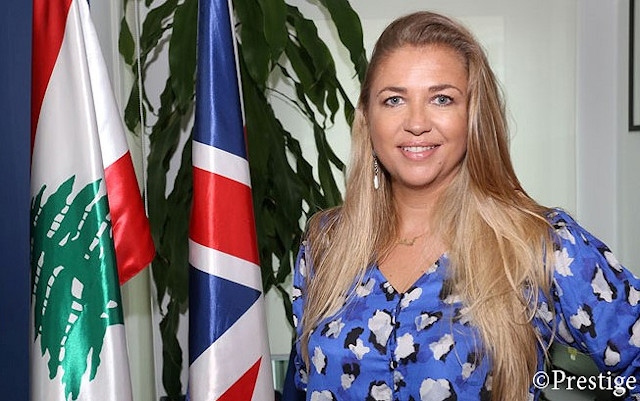 Rochdale woman Amanda McLoughlin has been awarded an OBE in the Queen’s Birthday Honours List 2019 for her exceptional leadership and support for the UK Government during humanitarian crises.

The Queen’s Birthday Honours List 2019, published on Saturday 8 June, recognises the outstanding achievements of people across the United Kingdom.

Amanda went to St Cuthbert’s High School and lived in Rochdale until she left for university at age 18. She still returns to Manchester often to spend time with family and friends there.

She was the Head of the Department for International Development (DFID)’s office in Beirut between 2013 and 2017 where she led the UK’s response to the Syrian refugee crisis in Lebanon, which has seen 1.5 million Syrian refugees take refuge there since the Syrian war began.

As Head of DFID Lebanon, Amanda had overall responsibility for establishing and running the office and its programmes. Amanda designed a high impact, highly effective DFID portfolio, and played a leading role in designing the response to one of the world’s worst refugee crises.

Without her skills, relationships, and sheer determination, the situation of refugees in Lebanon would be significantly worse, and Lebanese resilience would be substantially more at risk.

Amanda showed a personal commitment to meeting refugees’ needs and getting Lebanon the support it needs and deserves. There are real pressures Lebanon and its population face due to Syrian refugees and the international community need the Lebanese government to respond effectively .

More strategically, Amanda designed programmes and refocused the international community’s efforts on economic development and education, working closely with the Lebanese government. Amanda's political awareness and ability to design, mould, and expand programming in a way that so effectively achieves political buy-in has been outstanding.

It was through Amanda’s engagement that Lebanon was willing to present such a comprehensive and ambitious plan for supporting refugees at the 2016 Syria Conference in London, that was the basis for international support and improvement in refugee situations.

Amanda contributed materially to changing Lebanese government attitude to refugees from one of hardline opposition to a more pragmatic and permissive approach, especially in the field of refugee education.

The Honours List continues to demonstrate the breadth of service given by people from all backgrounds across the UK. In total, 1,073 people have received an award, 75% of whom have undertaken outstanding work in their communities either in a voluntary or paid capacity.