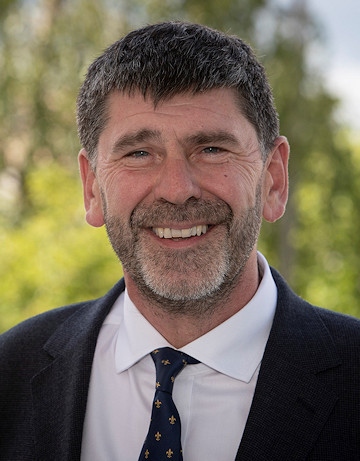 Detective Chief Superintendent Simon Barraclough and retired Detective Constable Warren Barlow have both been awarded Queen’s Policing Medals (QPM) in recognition of their services to policing.

DCS Barraclough has led many high profile investigations, including the prosecution of Dale Cregan for the murder of PCs Nicola Hughes and Fiona Bone in 2012. He also led the investigation into murderer Victorino Chua who was convicted in 2015 of two counts of murder and poisoning numerous patients.

A career detective of over 31 years’ service, Simon was appointed as Senior Investigating Officer to lead the investigation into the horrific attack at the Manchester Arena in 2017 within an hour of the incident taking place.

In addition to his work with GMP, Simon led a contingent of British officers to Thailand in 2005 as a disaster victim identification manager, helping to recover and identify over 2,000 victims of the tsunami. He also volunteered to serve with the Police Service of Northern Ireland between 2005 and 2008, where he mentored and trained Senior Investigating Officers and headed up the East and South Belfast Serious Crime Branch.

Simon is recognised for services to policing, in particular his work as a senior detective.

Warren Barlow retired as a Detective Constable in January after 30 years’ service. A detective for much of his career, he has specialised in counter terrorism (CT) for the last 18 years.

Warren was a CT trainer and his work shaped much of the national processes, particularly with regards to the ‘Fusion Rooms’ which manage critical counter terrorism incidents.

For many years he has been an important part in the development of UK CT training in this country and abroad. With responsibility for designing and delivering exercises, Warren wrote over 150 CT exercises which tested the preparedness of law enforcement agencies in the event of a terrorist incident.

He has been recognised for his contribution to counter terrorism policing.

DCS Barraclough said: “I feel incredibly privileged that I have had the opportunity to enjoy such a great career in the police.

“Whilst I have seen many changes in policing, I can say without any hesitation that being a British police officer is one of the best jobs anyone can do. I’m very proud to work with colleagues from all aspects of policing, who literally devote their lives to protecting and caring for our communities.

“When people experience immense tragedy, it is often a detective who has the job of finding out what has happened and bringing those responsible to justice. This can be fascinating, exciting and incredibly sad. To do this work you need complete integrity, and a lot of tenacity and kindness. You also need the support of those you love.

“Being a detective can sometimes be more of a life choice than a job, but the challenge is certainly its own reward. My admiration goes to those who will carry out this task for the next 30 years, which I think will be even more challenging.

“I am really grateful to be recognised in this way, especially as I see amazing work being done by my colleagues on a daily basis. As a police leader we rely on the teams we lead to get the job done, and you will find the very best teams in British policing.

“I’m proud to be a police officer and a detective, and I’m grateful that I have been allowed to serve the people of Greater Manchester. When I was appointed a Constable in 1988, I took an oath to serve Her Majesty the Queen, and have always looked to her as my ultimate boss, so to receive this award is beyond anything I could ever have imagined.”

Detective Constable Barlow said: “I am honoured and extremely humbled to receive such an award.

“I want to dedicate it to all those people who work tirelessly to prevent extremism in all its forms, protect the public, prepare organisations and pursue those who, despite everything, still wish to bring harm to others and destabilise communities.”

Chief Constable Ian Hopkins said: “I am immensely proud that Simon and Warren’s hard work and dedication has been recognised in the Queen’s Birthday Honours list.

“Both men have led distinguished careers serving their communities and supporting victims, and their commitment to policing epitomises what we are about here in Greater Manchester.

“Simon’s work as a senior detective, not just here in Greater Manchester but also when volunteering in Northern Ireland and in Thailand in the aftermath of the tsunami that devastated parts of Asia on Boxing Day in 2004, is nothing short of exceptional.

“The key role that Warren has played in developing counter terrorism training has had a positive impact on policing across the world. His outstanding work has undoubtedly helped shape processes which are now internationally considered best practice.

“A huge congratulations to both for a very well deserved honour.”