You are Here: Home » News » News Headlines » You could now be fined for driving in a closed smart motorway lane 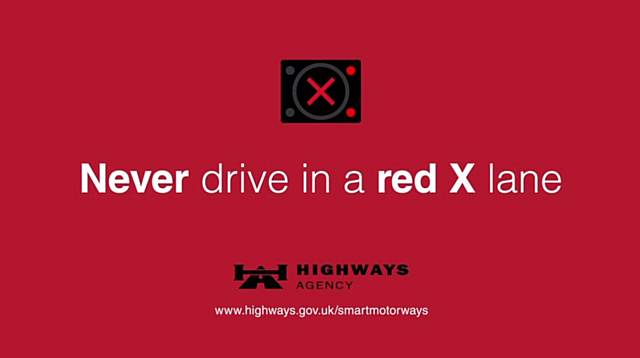 Driving in a closed lane on a smart motorway could now land you an automatic fine and three penalty points, under new Home Office legislation which came into force on Monday (10 June).

Motorists who drive in closed lanes are currently only fined if they are caught by an officer at the time of the offence, a law brought in last year.

However, police have now been given the power to fine drivers caught on traffic cameras flouting the law.

Hundreds of miles of motorways across England, including the M62, have been, or are being, converted to smart motorways, utilising the hard shoulder as a permanent or part-time additional lane.

Highways England statistics show that around one in 10 drivers in the North West do not take notice when red Xs are used to close lanes, with many waiting until they reach an incident before changing lanes.

Red Xs are displayed on overhead signs to close lanes for several reasons, including an accident or breakdown, debris in the carriageway, or because of a person or animal on the road.

Lanes are also closed to help emergency services get through or to provide a safe space for road workers.