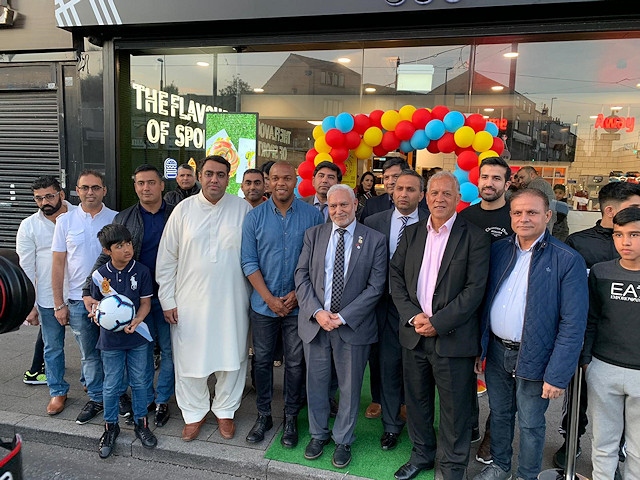 Tens of people, including local councillors, turned out for the opening of the Oldham Road restaurant by former midfielder Quinton Fortune.

Fortune, who played for Man Utd for seven years, also made 46 appearances for South Africa, playing at two World Cups. He retired from the sport in 2010.

During the opening, Fortune took photographs with fans, gave autographs and made his own milkshake using his favourite choice of ingredients.

Players is the brainchild of founders and avid sports fans Izzy Shanaz and Kay Shazad, who wanted to create a vibrant and fun place to hang out, socialise and grab great food, all themed around sport.

Founder Izzy said: “Players is a brand inspired by sport. We chose Quinton because we support him.

“The night was very good and the local community was happy.

“We love all types of sport. Having travelled the world and tried different types of food, we felt there was a gap in the market to offer a choice of fresh, handmade gourmet burgers, grilled chicken, selection of desserts and milkshakes.

“Our brand is quirky, brightly, colourful, fun and attracts an audience of all ages, backgrounds and cultures.” 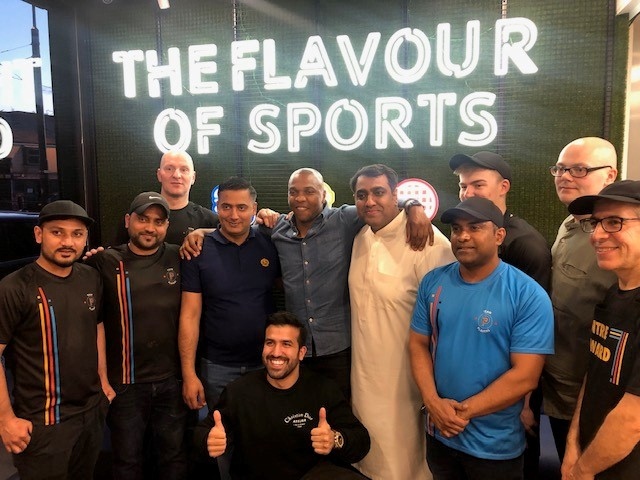