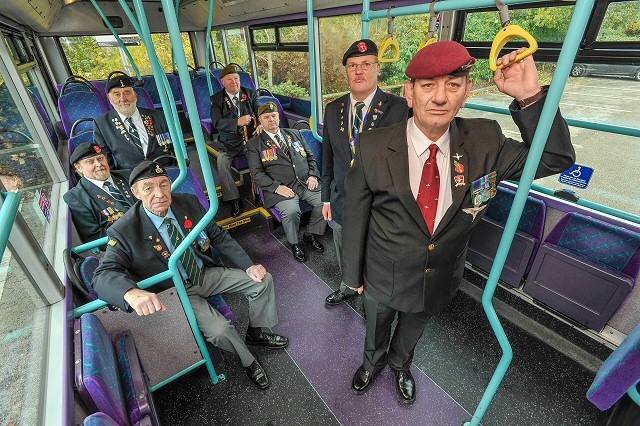 Serving members of the armed forces, veterans and cadets can travel on bus services across Greater Manchester for free

The armed forces will be able to travel on any First Manchester service for free, enabling them to easily travel to Armed Forces Day events. Members of the armed forces who are in uniform, or able to show an identification card, can claim free travel. The offer is also open to members of the cadet forces in uniform and veterans who display valid identification, such as the MOD issued Veteran's Badge.

Supporting Armed Forces Day is of importance to the local bus operator as a significant number of its staff, including drivers, are ex-members of the armed forces.

Adrian Worsfold, Operations Director at First Manchester, commented: “This is an incredibly important occasion for many people to show their support, or remember family members, friends and others who have been lost in military service. We support events like this every year, as a significant number of our team come from a military background.

“There will be many events and services taking place locally where people, communities and organisations around the area can visit to show their respect. As a supporter of our communities, we want to make it as easy as possible for people to attend local events on this important day.”