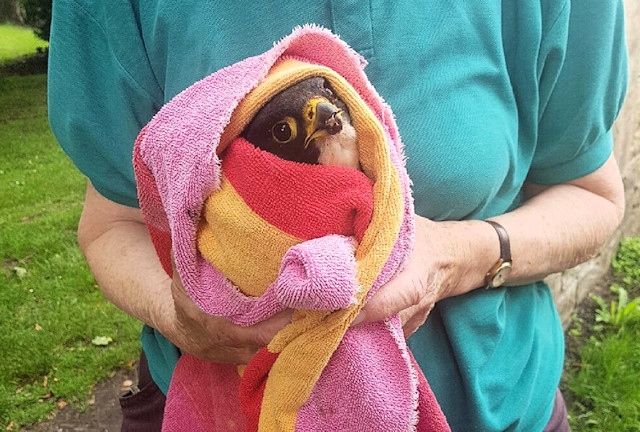 The peregrine was discovered injured in Broadfield Park and swiftly rescued

The adult male of the pair that nest in the clock tower was found by a local resident in the park, weak, hungry and with a broken bill.

Local police and bird experts from Wild Wings Birds of Prey quickly arrived on scene to rescue the bird. 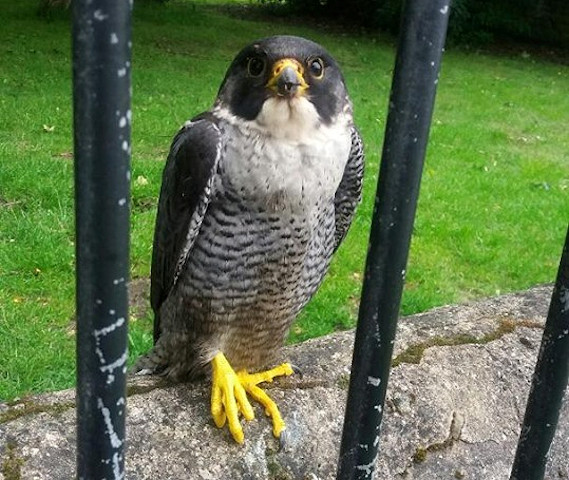 A spokesperson for Rochdale Borough Council said: “The peregrine’s bill is broken off at both upper and lower mandibles but Wild Wings Birds of Prey hope to create a point on the upper mandible in a small operation so it can grasp prey. Then the bill will grow naturally eventually, and it will hopefully be able to return to the wild.

“Updates on the recovery journey of our feathered friend will be posted over the coming days.”

Falcons have nested at the clock tower of the Grade-I listed Town Hall for more than a decade and are regularly seen soaring above the town centre as they hunt for food.

A live webcam tracks the birds’ progress as they raise their chicks at the top of the historic clock tower, reflecting the birds’ natural habitat to breed and hunt prey.