You are Here: Home » News » News Headlines » Homebase to close 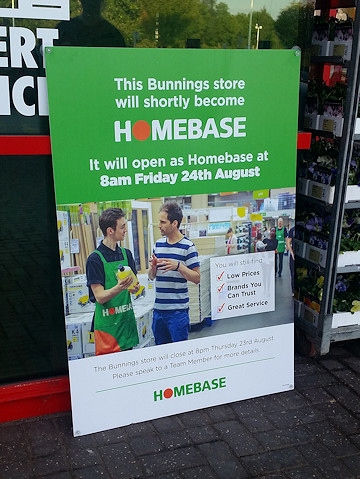 Homebase was previously a Bunnings

Homebase at Sandbrook Park will be closing after its lease terminated on Monday 1 July.

The store entered a Company Voluntary Arrangement in August 2018, with 42 stores identified for closure during late 2018 and early 2019.

A Homebase spokesperson said: “Since the launch of our CVA in August 2018, we have been in conversations with landlords to secure the right rents as part of our efforts to address our fixed cost base.

“Under the terms of our CVA, landlords have the opportunity to end their lease on 1 July 2019 if they would like to pursue other opportunities for the store.

“For the Homebase store in Rochdale, we have been unable to come to an agreement that works for both parties and as such, the landlord for this store has exercised their right to end the lease.

“Our priority is to support our affected team members who have shown us loyalty and energy throughout what has been an unsettling time.”