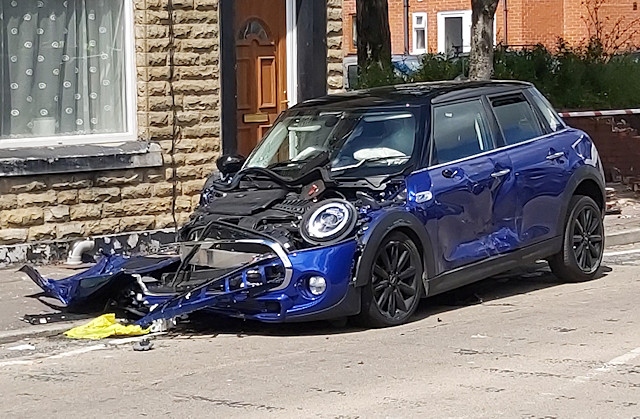 A 24-year-old man has been arrested at the scene of a collision which has currently closed Entwisle Road between Ramsey Street and Rochdale Leisure Centre (3.10pm on Friday 5 July).

Police were called shortly before 2pm to reports of a collision involving a blue Mini Cooper.

Following a disturbance at the scene, a 24-year-old man was arrested on suspicion of having an offensive weapon.