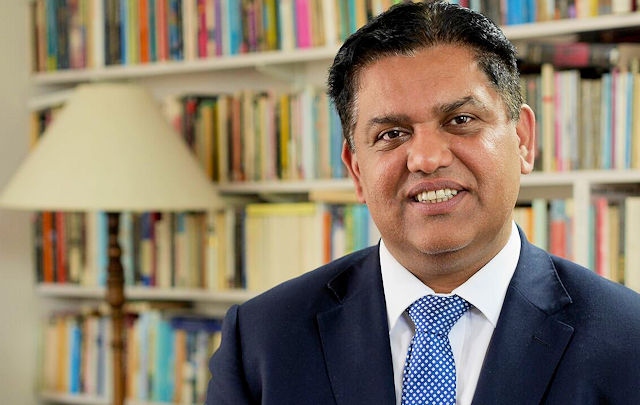 The drive to ensure that the nurses who helped deliver the first test tube baby receive rightful recognition, has been boosted by the support of a national health campaigner, MP Jim McMahon - and now the Royal Oldham Hospital.

Dr Zahid Chauhan wrote an open letter to the Chief Executive of the Oldham Care Organisation, who manage the Royal Oldham Hospital, to request that embryologist Jean Purdy and Sister Muriel Harris have their names added to a plaque marking the birth of the world's first IVF baby at the hospital 30 years ago.

And he has been backed in his quest to right a historical wrong by Oldham West and Royton MP Jim McMahon, who said: “Oldham has secured its place in history on many fronts and we should celebrate that. The response from the Royal Oldham Hospital to Dr Chauhan's campaign is fantastic news and will see Jean Purdy and now Murial Harris celebrated for the life changing work they did.”

Patrick Steptoe and Robert Edwards are the male staff currently credited for helping to bring baby Louise Brown into the world. But the omission of Purdy and Harris prompted Dr Chauhan to write to avenge what he calls, “a terrible injustice at a pivotal time for feminism and nursing.”

Dr Chauhan said: “Backward attitudes in the past have robbed these two women of their moment in history.

"With the advent of Brexit meaning many are leaving a profession already chronically understaffed, it also does nothing for the reputation of nursing.

"I am glad though, that in the way we now have monuments to Annie Kenney and Emmeline Pankhurst, there is a thirst for justice and a desire to recognise these two great women.”

Jean Purdy was an embryologist who joined Patrick Steptoe at the Centre for Human Reproduction in Oldham in the late 1960's and was one of the trio who pioneered the fertility treatment that brought us the first test tube baby.

She also founded a clinic dedicated to IVF treatment. Tragically she died aged just 39 and never truly received acclaim for her role in this piece of medical history.

Sister Muriel Harris was the theatre nurse who was by Steptoe's side at both the conception and birth of Louise Brown.

Replying to Dr Chauhan's letter, Nicola Firth, Interim Chief Officer at Oldham Partnership said: ”We would fully agree and support the need to consider installing an appropriate commemorative plaque at The Royal Oldham Hospital to recognise not only the crucial role that Jean Purdy played in the borough’s pioneering IVF work and the subsequent birth of Louise, but also that of Muriel Harris.”

Dr Chauhan concluded: “Oldham has a rich history of innovation, history and community. How typical then that its hospital trust, its MP and its people should come together and celebrate two health carers who changed the world. They were determined that these pioneering women should not be forgotten.”