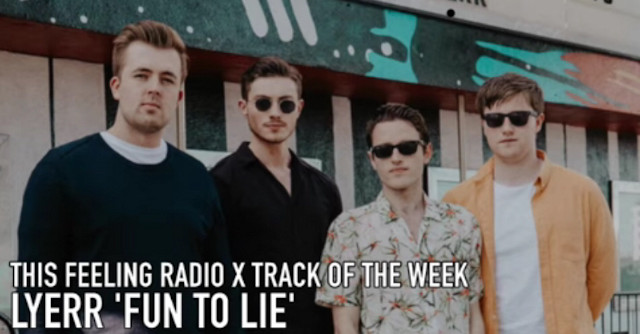 A local indie rock band has had one of their songs chosen as ‘track of the week’ on Radio X.

Lyerr, made up of Rochdale lads Rory Magner and James Kershaw, alongside their bandmates Ryan Johnson and Sam Greene from Bury, have had their single ‘Fun to Lie’ chosen as track of the week, aired from 9pm on Wednesday (10 July).

They said: "Our latest single 'Fun to Lie' had its first major radio spin as the This Feeling track of the week.”

The band, which formed in 2015, were recently named as the next big thing on the music scene by the Virgin Atlantic airline, winning the chance of a lifetime to perform at the legendary Roxy Theatre in Hollywood.

Lyerr will also be playing at Empire on the weekend of the Feel Good Festival, their first gig in Rochdale.