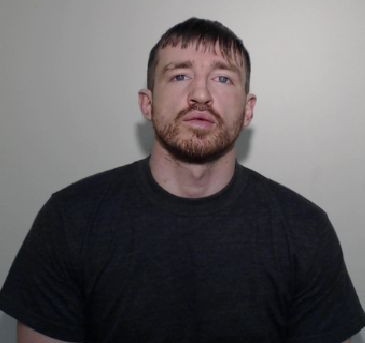 A Rochdale man who sexually abused a teenager has been jailed for four years.

Kieran Mooney, 34, of no fixed abode, has today (Friday 12 July 2019) been sentenced at Minshull Street Crown Court to four years in prison. He previously pleaded guilty to one count of sexual activity with a child and possessing indecent images of a child.

He will have to sign the sex offenders register and subject to a sexual harm prevention order for ten years.

The court heard how during January 2019, Mooney engaged in sexual activity with a girl – who was under 15 at the time of the abuse. On discovering this, the victim’s family contacted the police.

In the coming days officers arrested Mooney and brought him into custody for police interview.

During this interview Mooney denied the offences put to him by detectives, however pleaded guilty at a later hearing.

As the investigation progressed, a specialist forensic team examined Mooney’s phone and recovered indecent images he had made of the young victim.

Detective Constable Ben Harris, of GMP’s Sunrise Team in Rochdale, said: “Mooney is a dangerous and manipulative sexual predator and prison is the very place he belongs.

“We cannot take for granted the bravery that it takes for a young victim of this vile crime and I would like to take this opportunity to commend her actions. She has shown nothing but the utmost courage.

“If you take one thing from this brave victim’s story, please let it be that if you are suffering in silence there is help out there and there are people that will listen.

“Here in Greater Manchester we have taken a multi-agency approach to tackling child sexual exploitation and together with Rochdale Borough Council we have been able to support the victim through this horrific ordeal – which I hope sends a strong message to the public about how seriously we will deal with crimes of this nature.”

For information on protecting children from Child Sexual Exploitation and how to seek support or report concerns, visit: