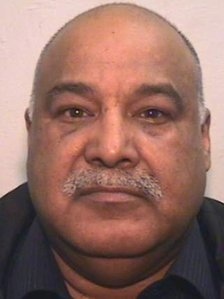 Shabir Ahmed, the ringleader of the grooming gang, appealed against deportation in 2016

The Home Office has responded to Rochdale MP Tony Lloyd’s call to take urgent action and deport four members of a grooming gang who abused girls in Rochdale.

Aziz, Khan and Rauf were among nine men from Rochdale and Oldham who were jailed in 2012 for exploiting girls as young as 13, and had challenged government moves to strip them of their British citizenship.

Rochdale Online first reported the trio were facing deportation in February 2017 with ringleader Shabir Ahmed having appealed even earlier in February 2016.

However, since then, none of the four – the only groomers to have dual UK-Pakistani citizenship – appear to have been deported or be facing deportation with local residents having reported seeing Rauf and Aziz in town.

Ahmed is still serving a 22-year jail sentence for rape, and Khan’s whereabouts are not known.

After learning of this, Mr Lloyd wrote to the Home Secretary, Rochdale-born Sajid Javid, asking if he would take “urgent steps to deport non-UK nationals who have completed custodial sentences for the grooming of young people in Rochdale.”

Responding to Mr Lloyd’s question, Minister of State for Immigration, Caroline Nokes MP, said: “I am aware of the cases referred to, but I am unable to comment on individual cases.

“The crimes committed by child sexual exploitation gangs who prey on the young and vulnerable are appalling. I have every sympathy with their victims. Once we are in a position to do so, we will also be in contact with the victims to provide them with an update.

“This government puts the rights of the British public before those of criminals, and we are clear that foreign criminals should be deported from the UK wherever it is legal and practical to do so.”

Rochdale Online asked the sentencing court, Liverpool Crown Court, in November 2017 what conditions were attached to the gang’s licences after local residents had reported Rauf's return to Rochdale, but was told this information was not held by the court.