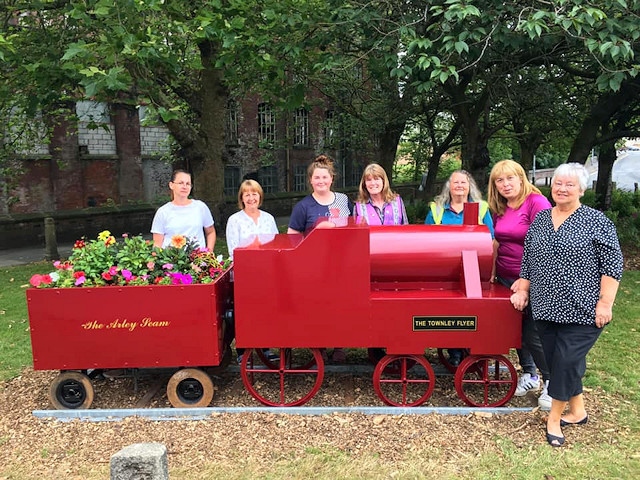 Middleton in Bloom with the Townley Flyer

Middleton in Bloom welcomed Royal Horticultural Society (RHS) judges back to town on Monday (15 July), which has been decked out with beautiful floral displays for the annual North West in Bloom contest. 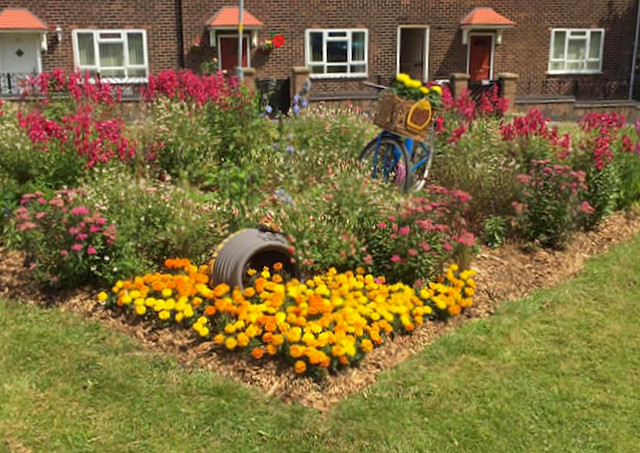 Middleton has many new features for 2019, including a Peterloo Memorial by Historic Cheapside, plus the Townley Flyer train, named by Lynn Etchells, and the Fusilier boatman at Rhodes Lodges.

Included on the judging route, the Peterloo Memorial has been created by Paula Hickey and Martin Cove of Historic Cheapside to commemorate the 200th anniversary of the Peterloo Massacre.

Installed in July, The Townley Flyer train was funded by Middleton Township and Rotary Middleton, and created by DDH Fabricators, Lee O'Mara and Julian Howarth. 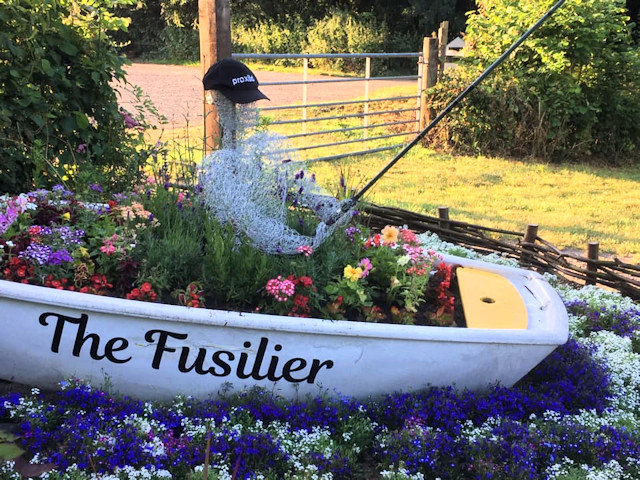 The boatman, named by Davina Unsworth as a fitting tribute to suggestions for naming boat after Middleton soldiers, Lee Rigby and Joel Halliwell, was installed in June, to enhance the entrance of Rhodes Lodges.

Middleton in Bloom secretary, Keeley O’Mara said: “The day was full of laughs and enjoyment for all of us.

“I’m so totally overwhelmed by the support from Middletonians and so proud of the Middleton in Bloom team.

“The judging day was fantastic: it felt like the whole town came together, and it made me so proud to be a Middletonian.”

The group would like to thank Rochdale Council’s Environmental Management team, Middleton Township, Middleton Town Centre Management, all the businesses that got involved, all the entries for ‘It’s Your Neighbourhood’, The Friends of Alkrington Woods, The Friends of Jubilee Park, Middleton Rotary Club, Davina Unsworth from RBH, tour guides Peter Allonby and Cliff Ivers with a special thank you to RHS Judge Russ Baguley for putting everyone at ease.

This year’s RHS North West in Bloom contest will be the third time Middleton in Bloom has entered after winning silver in 2017 and 2018. 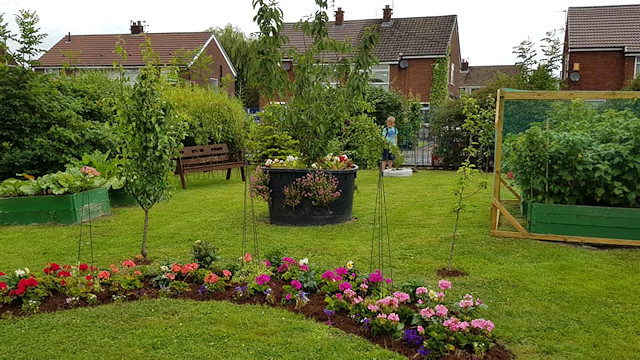