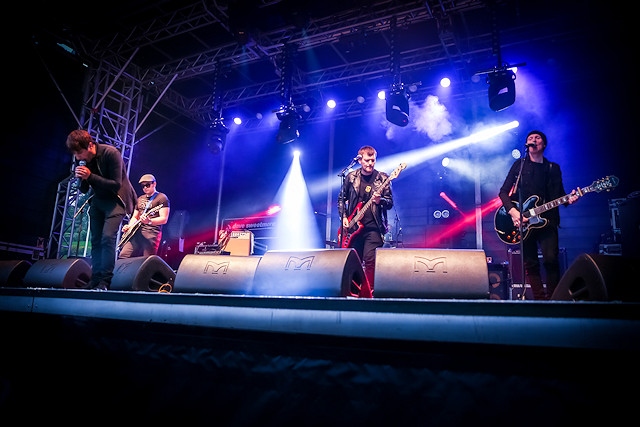 The Manchester based five-piece – Maz Thrills (vocals), Sean O’Donnell (guitars), James J Sweeney (guitar), Chris Livesey (bass) and Colin Ward (drums) – created quite a stir in the industry when they were signed to Creation Management by music mogul Alan McGee (Oasis, Primal Scream), within their first week of live playing.

Maz said: “It was actually our third gig, but McGee knew of us. Myself, Col and Sean had been in a band before, which we started to get people going out again.”

Formed in 2014, their unusual sound has been described as a fusion of 60s-style anthems and musical influences spanning decades to create a sound which is “familiar and yet unique”.

After the successful release of their debut album ‘Revolt To Revolt’ in 2015 and supporting bands including Black Grape, The Enemy and The Happy Mondays, the energetic band completed their own headline tour and then played a sold-out comeback show at The Deaf Institute in Manchester earlier this year.

“We played around 200 gigs in two years, touring Europe, Moscow and doing an acoustic set in America,” Maz added.

“The second time we played Moscow was quite memorable: we played two gigs in one night on either side of the city. We played the second at around 3am, but because it was Halloween, everyone was dressed up.” 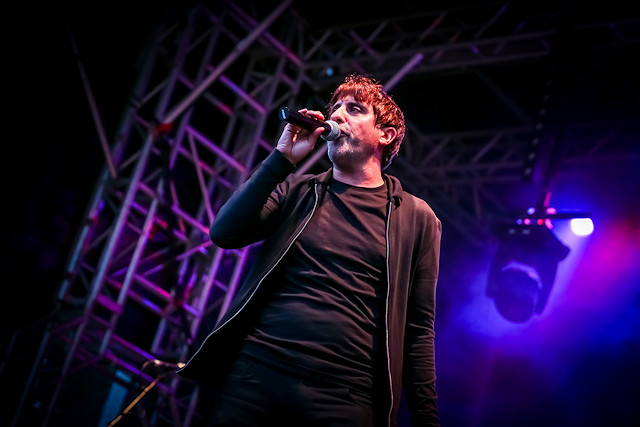 He continued: “We always love to play live. We did this because we love music. We’ve played big and little spaces with great people, and when they enjoy it, that’s all the better because you want to go out and play. Our sound is rawer and dirtier than how it sounds on our album.

“We plan to keep releasing singles and what happens, happens.”

Now recording brand new songs again, their latest single ‘Beat Up Your Soul’ was released in May 2019, with ‘All Gone Wrong’ set to be released in September.

They next play when headlining Manchester’s Band on the Wall in September.