You are Here: Home » News » News Headlines » Friends of Carnegie looking for local history from visitors

Friends of Carnegie looking for local history from visitors 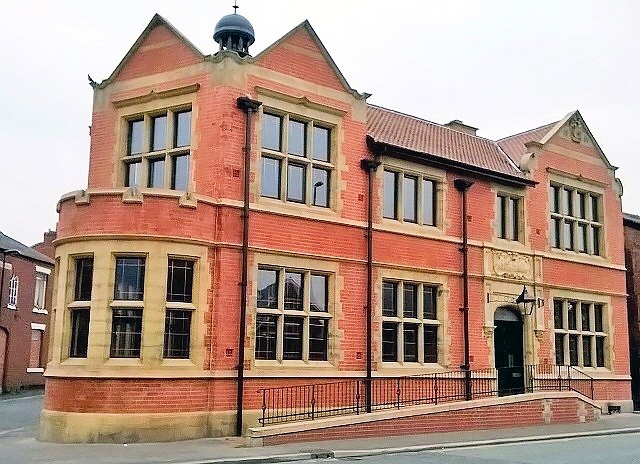 The Friends of Carnegie (Castleton) group are asking for the public’s help in discovering some local history, specifically in regard to the industrial history of Castleton and the part played by the old Carnegie Library during World War Two.

A representative for The Friends of Carnegie said: “We currently have a section dedicated to Andrew Carnegie and the history of his philanthropy.

“We also have a separate section dedicated to the men of Castleton who went to both World Wars and are in the process of recording the service history of those who didn't return.

“Our ongoing work is to research Castleton's industrial history, and the part played by the Carnegie Library in World War Two.

“A warm welcome awaits all, and if you feel you can help us to enlarge our history of Castleton, both ancient and modern, then please pop in.”

The iconic building – which has been described as the most prestigious building in Castleton – is now occupied by a law firm and a virtual reality centre, whilst the old ground floor reading room has been let to the Friends of Carnegie for a local heritage and history centre.

The once-popular Manchester Road library, constructed with Accrington brick and Staffordshire roof tiles to a design by Jesse Horsfall, was first opened back in 1905 after the philanthropist Andrew Carnegie donated £2,500 for it to be built.

It became unoccupied in 2006 after the library was moved to Castleton Community Centre, lying derelict for a decade before the extensive refurbishment breathed new life into it.

It was officially reopened in May by the Mayor of Rochdale, Councillor Billy Sheerin, as his first official engagement as Mayor:

At present, the building is open from 10am to 3pm on Tuesdays and Wednesdays, and at other times by arrangement.