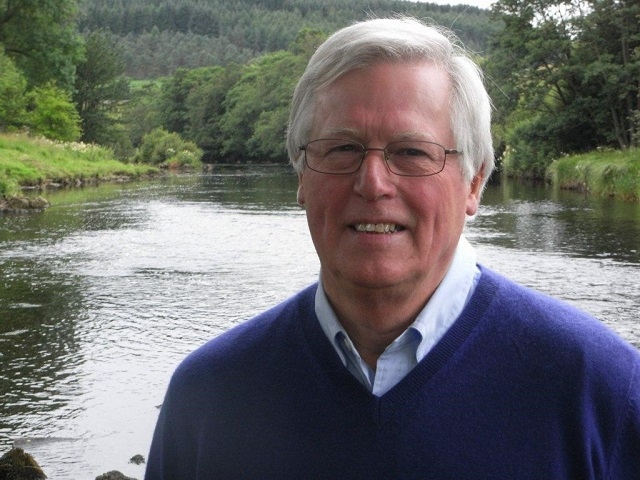 John will be talking about his recently published autobiography, ‘Headlines and Hedgerows’, which recounts the highs and lows of one of the longest broadcast careers in history, as well as the people, family and animals in his life that have shaped it.

He is perhaps best known as the presenter and editor of the hugely popular John Craven’s Newsround, which established him as a household name spanning two generations. John spent 17 years with Newsround, and has since reached new audiences hosting the hugely popular BBC1 series Countryfile for almost three decades. His other numerous other television credits include Swap Shop, Castles in the Country, Songs of Praise, Beat The Brain, Heritage Heroes and many more.

From leaving school at 16, to five decades presenting two iconic BBC programmes, his talk at Rochdale Sixth Form College Theatre promises to be a fascinating insight into the remarkable life and career memories of one of the all-time greats. John was awarded an OBE in the millennium honours list for services to broadcasting, and in 1996 the Royal Television Society appointed him a member of its Hall of Fame in recognition of an outstanding contribution to British television.

Tickets are now on sale, with up to 25% off until 4pm on 27 August. You can also book and collect tickets in person from Touchstones in Rochdale.

Events will cover drama, comedy, poetry, spoken word, visual arts and children’s shows. For young people aged 14 to 25, there will be a programme of events covering arts, culture and politics relevant to Generation Z.

The festival is aimed at celebrating and promoting the Maskew Collection of classic literature and philosophy at Rochdale Central Library, encouraging people to engage with books and ideas. Annie and Frank Maskew, a Rochdale couple who shared a passion for reading and thinking, met in Rochdale Library in the 1950s and left a sum of money to be used on resources and events related to literature and philosophy to ensure classic works are available for future generations.