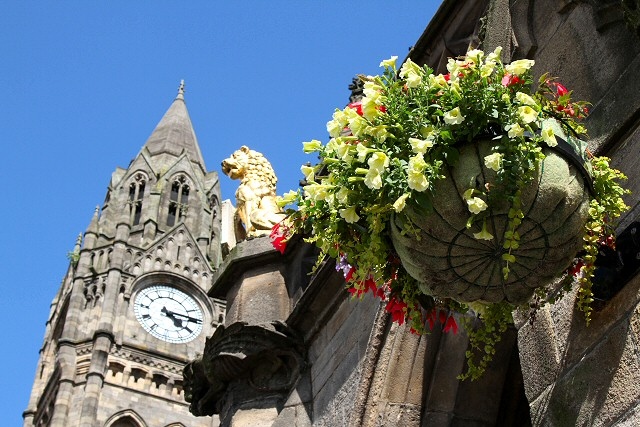 After a rather unsettled couple of weeks, it’s going to turn warm and sunny for many - just in time for the late August Bank Holiday weekend.

From Friday (23 August) south easterly winds will draw warm air from Europe towards the UK, bringing rising temperatures along with dry and settled weather.

Chief Meteorologist, Steve Willington said: “We’ve had a fairly wet and windy August so far, however that’s going to change this weekend as we see high temperatures, sunshine and light winds return. On Saturday and Sunday there’ll be plenty of sunshine across the country with temperatures reaching into the mid-20s Celsius for many - it’ll be warmest in south-eastern parts where 30 Celsius is possible.

“By Bank Holiday Monday itself temperatures will rise further with around 33 Celsius possible in the southeast – which would set a new record for the coming Bank Holiday weekend.”

The current highest temperature on record for Rochdale is 23.8˚C during the Late Summer Bank holiday weekend, recorded in 2001, with the highest for the UK being 31.5˚C, recorded at Heathrow, London in 2001.

For Bank Holiday Monday, the current highest temperature on record for Rochdale is 23.1 ˚C recorded in 2013, and 28.2˚C for the UK, recorded at at Holbeach, Lincolnshire, in 2017.

RAC spokesman Rod Dennis said: “With summer returning in time for the weekend for many of us, it’s going to mean millions of us take to the road for day trips and short breaks. Unfortunately, as the temperature rises so can the chances of a breakdown – so it’s important drivers check over their vehicle before setting out. Tyre pressure and tread, as well as oil and coolant levels, should all be looked at and doing so can really cut the chances of breaking down.

“Hungry, thirsty or tired passengers can also be recipes for in-car irritability – and ‘carguments’ – so pack enough food and water to keep your passengers happy, and plan in enough breaks along the way.”

With temperatures expected to be well above average for the time of year, heatwave thresholds will be met across many parts of the country.