You are Here: Home » News » News Headlines » TV appeal for return of precious lock of hair stolen at Birch Services 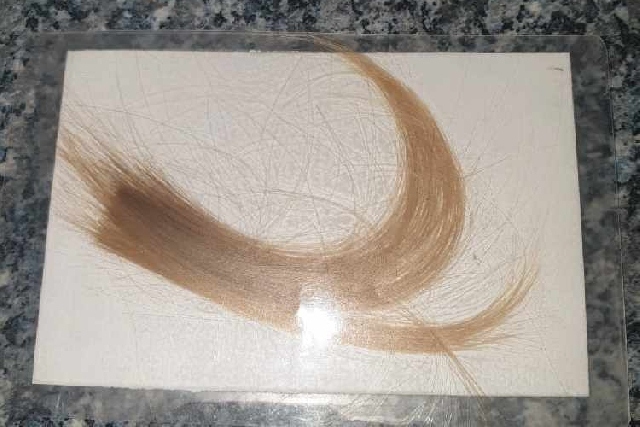 The lock of Ellie Louise Baldwin's hair which was stolen

Detectives are hunting for the man who stole a woman’s handbag containing a lock of her dead daughter’s hair.

Heartbroken mum Kirsty Baldwin spoke to Crimewatch Roadshow Live in an exclusive television interview about the moment the thief ripped the handbag away from her.

Mrs Baldwin lost her daughter Ellie to pneumonia in 2013 and carried the precious lock in her handbag everywhere she went.

The theft happened on Wednesday 20 March at Birch Services, eastbound near Heywood, where Mrs Baldwin had stopped on her way home from the airport.

The handbag was stolen from her passenger seat before she could lock her doors or drive away after she got into her car.

Police showed CCTV stills of the suspect on Crimewatch Roadshow Live at 9.15am on Monday 9 September on BBC One, appealing for viewers to help identify him.