You are Here: Home » News » News Headlines » Norden student in top 1% of country for GCSE grades

Norden student in top 1% of country for GCSE grades 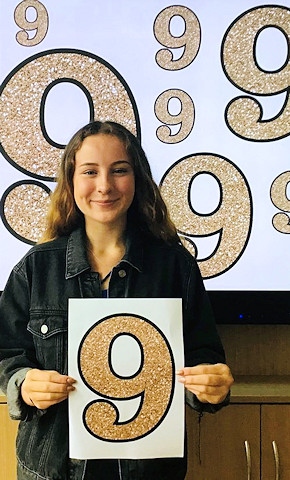 16-year-old Madison Beaumont from Norden achieved 11 GCSE’s in August, of which 10 were the new grade 9, placing her in the top 1% achievers of the country.

Juggling a job at Norden Bar and Grill whilst studying for exams, she also scored a grade 7 in French, which according to the new numerical grading system is comparable to the bottom of the old grade A, whilst grade 9 is the equivalent of above an A*.

Madison is now continuing her studies at BRGS sixth form where she is taking chemistry, biology, maths and sociology A-levels.

She said: “Sciences and maths are my favourite subjects; I think they’re both really interesting. They are something I’m good at but what I also enjoy, as my teachers always inspire me in lessons.

“I was really surprised and in shock when I got my results, as my grades were predicted so much lower. I did a lot better than I was predicted."

Earlier this year, the Department of Education revealed that more girls now do science subjects – biology, chemistry and physics combined - than boys, and overall science entries are up by 7.4%. Entries to STEM (science, technology, engineering, and mathematics) subjects have also increased for both boys and girls, seeing an overall 26.2% rise since 2010.

Madison added: “After sixth form I want to go to university and do either biology or maths, and maybe go into healthcare.

“I’m really enjoying my first week at college; the learning is more in depth, but you have more freedom, so I really like it.”

Madison’s mum, Shelley Beaumont, said: “I want to thank all of Madison’s teachers for the support they have given her over the years. It’s really not just about the child, but the people who support them and help them do well.

“Madison was such a nervous girl when she started school, but now she has grown into such a lovely young woman. We hope she goes on to do big things.

“She did phenomenally well and we are so proud of her.”