You are Here: Home » News » News Headlines » Tony Lloyd MP writes to Secretary of State for Transport calling for Northern to be stripped of its franchise 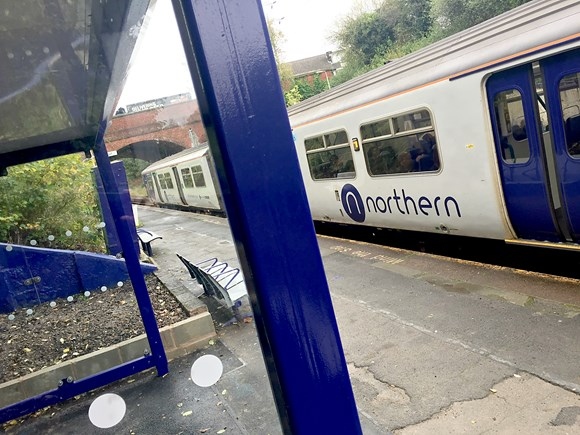 Rochdale MP Tony Lloyd has written to the Secretary of State for Transport, Grant Shapps, calling for Northern to be stripped of its franchise over rail services in Rochdale and the North due to continuing chaos and unacceptable inconvenience to passengers.

Mr Lloyd said: “Rochdale residents are fed up of delays, cancellations and overcrowding on Northern trains.

“A number of my constituents have recently contacted me regarding their frustration with the Northern franchise. With promised upgrades delayed, fares rising way ahead of wages, and numerous cancellations, it is disappointing but not surprising that their satisfaction remains low.

“Within the last year we have seen significant disruption because of Northern’s inability to work with its own staff which led to wholesale cancellation of services, as well as the fiasco of botched timetable changes, where a leaked memo from Network Rail indicated that travellers in this part and other parts of the North of England faced up to 35 weeks of disruption each year.

“All arbitrary and late cancellations of services cause inconvenience and potential distress. Cancelling the services (from Liverpool) to Manchester Airport may well have caused people to miss flights for holidays or for work.”

“It really is time to bring an end to the chaos, and it is now time for Mr Shapps to make clear when he’ll regard Northern’s incompetence as reason to abrogate [abolish] the franchise.”

Last summer, Mr Lloyd wrote a similar letter to the former Secretary of State for Transport, Chris Grayling, which was later followed by the metro mayors for Manchester and Liverpool, Andy Burnham and Steve Rotherham, echoing similar concerns about the rail provider, which took over its franchise in 2016.

Speaking at the time, Mr Burnham said: “We have been extremely patient with Northern but enough is enough.

“Train services across Greater Manchester and the north west remain unreliable and over-crowded. Sunday services are still subject to widespread cancellation and promises of new rolling stock have not been kept.

“The people of Greater Manchester deserve much better than this. That’s why, together with the mayor of Liverpool city region, I am calling on the transport secretary to strip Arriva Rail North [Northern is part of the Arriva Rail North group] of this franchise and stabilise the franchise under the control of the government.

“It is only through taking this tough action that we can restore the trust of the public and deliver a rail network that finally works for its passengers.”

Earlier this year Mr Burnham said Northern was facing its last chance as reported improvements in some aspects of performance were not reflecting reality for passengers.

The warning followed on from council leaders across Greater Manchester last year labelling services across the region as ‘appalling’, ‘shocking’ and ‘unacceptable’.

A Northern spokesperson said: “The North deserves the best possible rail service and alongside our industry partners, including Network Rail, we are working hard to improve the performance and reliability for customers.

“The unacceptable disruption following the May 2018 timetable change was caused by delays in infrastructure projects outside of our control. We have apologised to our customers for the pain this caused. We have delivered two successful timetable changes since then, introducing many more new services.

“The north is beginning to benefit from the half a billion pound investment in new trains with 18 now in service with the remainder to be introduced between now and early 2020. In addition, we have made a large number of improvements for customers – including investment in refurbished trains, over 2,000 new services and hundreds more people employed to help customers.

"These improvements are still a work in progress – but we are making things better for our customers. We want and expect things to continue to improve.”