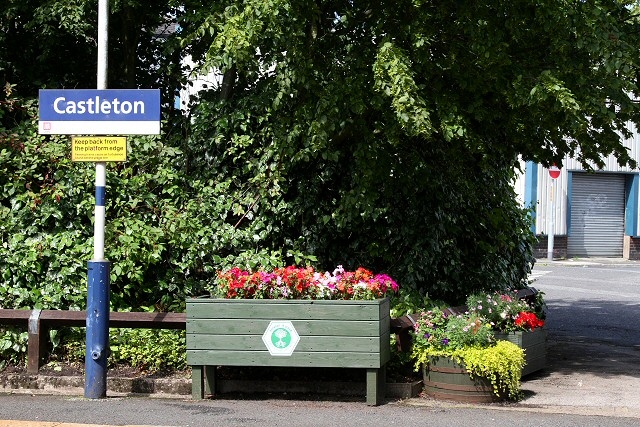 Members of STORM have previously spoken about local train stations being left with no service on Sundays, with limited replacement bus services.

Addressing the services on Sunday (8 September), one member said: “At Castleton, there were no signs to say where the buses went from.

“In fact, the only reference to bus substitutions was the screen at the base of the stairs which said ‘Bus at ???? time’ along with cancelled trains again.

“That same day at Mills Hill, once again there were no signs anywhere to say bus substitutions in place. I met a gentleman on the platform waiting for a train and advised him to catch the bus below to Manchester and then told him about the disruption on Sundays.

“As we spoke, a service to Leeds went past at speed; it looks like only Yorkshire people can go to town or, more importantly, work on Sundays.”

Speaking about Castleton station, another member said: “The platform information screens were showing the trains as cancelled.

“The other screens at foot of the steps showed the times of the replacement buses. One towards Victoria was due at 1012. It arrived at 1016 and stopped just beyond the station. It waited a minute or so, the doors did not open, no-one looked as if they were waiting for it.”

He asked: “The problem is, where should the replacement bus stop? And where should intending passengers wait? There is no indication on the station. The buses cannot stop on the bridge, as once they did, as there is a pedestrian refuge there now.”

He continued: “When I had arrived, a gentleman arrived in a car. I advised him that the trains were not running and were replaced by buses but also added there was a train service from Rochdale. He drove off. A lady said if she had known, she could have caught the service bus a few minutes earlier.

“I checked the ‘station information’ for Castleton on the National timetable and no mention of where bus replacement buses could be boarded was there. Some stations give this information as a standard, even if the bus replacement is not in operation.”

Responding, a Northern spokesperson said: “We have been made aware of the issue in regards to rail replacement services and we are working on getting it resolved for future Sundays if planned cancellations take place.”