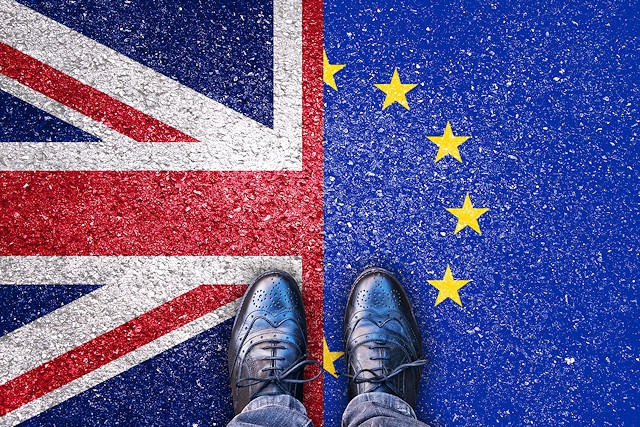 Secret Brexit papers have been published, warning of impending chaos should a no-deal Brexit go ahead.

According to Operation Yellowhammer – secret documents the government was forced to publish by MPs on Wednesday (11 September) – a no-deal Brexit could result in rising food and fuel prices, disruption to medicine supplies, plus traffic queues at the border, and visa and travel complications.

The five-page document spelling out the government’s “planning assumptions” under Operation Yellowhammer was disclosed in response to a “humble address” motion.

Parliament has now been suspended for five weeks, an action which has now been ruled unlawful by Scotland's highest civil court on Wednesday (11 September).

Scottish judges unanimously decided that the prorogation of Parliament was “unlawful” on the basis that Prime Minister Boris Johnson misled the Queen about the advice given by ministers.

The Prime Minister has denied lying to the Queen about his reasons for the suspension.

The Prime Minister was also defeated during a vote to hold an early general election.

According to The Guardian, the UK supreme court has already scheduled an emergency hearing on both the Scottish and English cases for 17 September, alongside a third challenge brought in the courts in Belfast.

“Following his sixth parliamentary defeat in six days, he shut down parliament amid chaotic scenes in the early hours of Tuesday 10 September. Speaker John Bercow told the House that ‘this is not a standard or normal prorogation.’

“Even the Scottish courts agree, as they have ruled that prorogation was unlawful and judged that the government misled the Queen. The ruling highlights that we have a government which thinks it is above the law and is able to dodge scrutiny. It is important that Parliament is recalled so MPs from across all parties have the opportunity to scrutinise these documents and take all precautions available to stop no-deal.

“MPs forced the release of the Yellowhammer document before Parliament was suspended. It outlines a worst-case scenario a no-deal Brexit could lead to a ‘decrease’ in certain types of fresh food, and a 'shorter supply' of key ingredients; an increase in the cost of food and fuel, which would ‘disproportionately’ affect those on low incomes; ‘disruption lasting up to six months’ affecting medicines and medical supplies; and a two day wait for lorries to cross the English Channel. Is it any wonder that the document warns of ‘protests, and counter-protests, across the UK’?

“The release of the Yellowhammer No Deal planning document confirms the severe risks of a no-deal Brexit, which Labour has worked hard to block, and the irresponsibility of the government which has have tried to ignore these warnings and prevent the public from seeing the evidence. Boris Johnson must be truthful with the British people about the consequence of a no-deal Brexit.“

Heywood and Middleton MP Liz McInnes believes that Parliament should be sitting more, not less, so that MPs can work together to find a favourable Brexit deal that works in the best interests of the British people.

At this moment, the local MP stands strong and united with other Labour MPs, opposition MPs including the Liberal Democrats and the Greens plus many Conservative MPs, that this is not the right moment for a general election.

Speaking about the proroguing of Parliament, Ms McInnes said: “The last thing that should be happening right now is the government shying away from scrutiny, which is what they’re doing by proroguing parliament.

“The Prime Minister is running away from scrutiny and parliament needs to be meeting, we need to sort out this crisis and try to find a way forward that will bring some unity to the country, which is sadly lacking at the moment and just running away the problem isn’t going to help. We should have sat this week and an additional week after the conference recess so, in effect, we’ve lost two weeks of parliamentary time during a vital moment of national crisis.

“We did see this coming, so we weren’t fooled by it. If we had voted to have an October election, then we could have run the risk of preventing Parliament from sitting on the important date of 31 October.

“The idea that we’re scared of a General Election is preposterous. We anticipate that there will be an election very soon, within the next few months anyway. But to hold an election over the important date of 31 October is reckless.

“It’s not just the Labour Party that has taken this position. The Liberal Democrats, SNP, the Greens and many Conservative rebels believe a time of national crisis, when all members of Parliament should be working together, is just not an appropriate period to hold a General Elections.”

Mr Lloyd said: ““Boris Johnson is in a very desperate position; he is the first Prime Minister to lose his first Commons vote since Lord Rosebery in 1894, and, by sacking 21 of his own MPs, we now have a minority government.

“I would welcome a general election in order to sweep away the Conservative government, and to end austerity and invest in our communities. However, I cannot support an election on Boris Johnson’s terms, to use a general election to force through a disastrous no-deal Brexit. No-deal must be taken off the table first.”

On the risks of no-deal, Ms McInnes said: “I represent a constituency that voted 62% to leave. I respect this vote, which is why I voted to trigger Article 50 and have been trying to do my bit to get a deal that works well for my constituents. One that protects them from the harm of no-deal.

“I think Parliament needs to come together, with a real spirit of compromise and work towards establishing a deal with the EU that works as well as possible for the UK. Shutting down Parliament frustrates this process and runs the risk of a no-deal outcome. Boris Johnson is trying to give the impression that he’s trying to get some sort of deal with the EU but he isn’t.

“The EU and many respected members of his own party, including former Boris Johnson cabinet member Amber Rudd, who resigned recently, are saying that no such conversations have been had.

“I can’t stress enough how damaging no-deal would be to food, medical supplies and national security.

“This is not the predictions of the Labour Party but independent bodies and the government’s own no-deal planning documents.

“I know many people are tired and frustrated by the Brexit saga, but no deal won’t resolve it, it will just make things worse. If we do crash out with no-deal it won’t be a clean break, there’s no such thing as a “clean break no-deal”. On 1 November, we’d be back around the table with the EU and there would be years and years of negotiations to get through.”

Addressing no-deal, Mr Lloyd added: “I voted against the government in order to stop no-deal Brexit, and we will legislate against Boris Johnson crashing out with no-deal. With Boris Johnson shutting down Parliament and failing to make any progress in negotiations with the EU, we have been forced into these taking these steps in order to prevent a disastrous no-deal Brexit on 31 October.”

On the idea that no-deal bolsters the UK’s negotiation position, Ms McInnes said: “I am an ex-trade union rep, I’ve done a lot of negotiations and my view of negotiation is that both sides go in knowing roughly what they want and both sides will make their case and then there’s a compromise made around the two cases. That to me is negotiation. Negotiation isn’t going into a room and threatening to walk out if you don’t get your own way and that seems to me what no-dealers are saying.

“To me, it’s just such an extreme way of negotiating; there's got to be some goodwill on both sides and that's how you get a good deal. Just posturing and threatening and saying, “if you don’t give us what we want we’re going to walk away” is really unhelpful.”