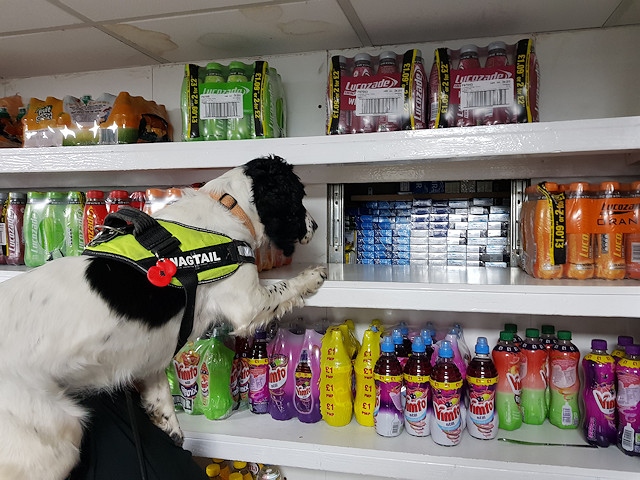 The items were seized during a visit by trading standards officers from the council’s partnership enforcement team at premises in Middleton last month.

Pippa, a detection dog provided by Wagtail UK, helped to detect the concealed stashes of tobacco hidden behind walls. The seizure included counterfeit cigarettes and tobacco on which duty had not been paid.

The visits were part of the Greater Manchester-wide ‘Keep It Out’ campaign, which aims to educate residents and businesses about illegal tobacco and encourage citizens to report anonymously if they are aware of illegal tobacco being sold. Officers also met members of the public in Middleton town centre to highlight the issues surrounding illegal tobacco.

Councillor Wendy Cocks, assistant cabinet member for health and wellbeing, said: “It’s great to see that partnership working across Greater Manchester is helping to tackle the harms caused by tobacco and is protecting our residents.

“I would like to thank the team who took this harmful tobacco out of our community and to the residents who report their concerns. We encourage people to report any suspicions they have so we can make smoking history.”

“Illegal tobacco is brought into our communities by organised criminals. It’s sold by people who don’t care who they’re selling to, including children. As this and other recent seizures show, if trading standards officers know where it’s being sold they can tackle it. I’d encourage anyone who is concerned about illegal tobacco being sold in their area to report this anonymously online or over the phone.”

Do you know where illegal tobacco is being sold? Report it anonymously by calling Crimestoppers on 0800 555 111 or at keep-it-out.co.uk.