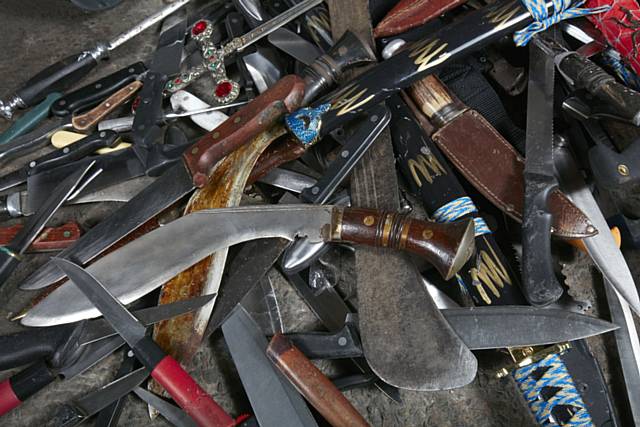 A number of arrests have been made as part of an ongoing operation, Operation Sycamore, to tackle knife crime in Greater Manchester.

On Monday 9 September a 17-year-old boy was sentenced to six months in prison at Manchester Youth Court after he was found carrying a knife for the third time. The team within Operation Sycamore will aim to better understand the reasons behind why he has continued to carry a knife and will be working with partner agencies to increase his understanding of the consequences of carrying a knife.

On Monday 9 September a 15-year-old boy was charged with being in a possession of a knife in a public place. He is due to appear at Manchester Youth Court on Monday 23 September.

On Tuesday 10 September a 15-year-old boy was charged with possession of a knife in a public place in Manchester City Centre and is due to appear at Manchester Youth Court on Monday 16 September.

Detective Superintendent Chris Downey, who is in charge of running Operation Sycamore said: “My role is a great challenge and is focusing on the priority area of violent crime within communities. One of my aims is to understand the causes of knife crime, with a particular interest in the younger members of our communities.

“The consequences around carrying a knife are huge and range from being expelled from school, through to loss of life. A big part of my role is to inform people of the catastrophic after-effects of carrying a knife, with one point in particular being that even if you don’t plan on using it, your chances of becoming a victim of knife crime increases just by carrying the weapon.

“The funding Greater Manchester has received to tackle serious violent crime allows us the opportunity to continue working collaboratively with our partners, as well as victims, volunteers, parents and community groups to reduce the number of knife crime related offences.”