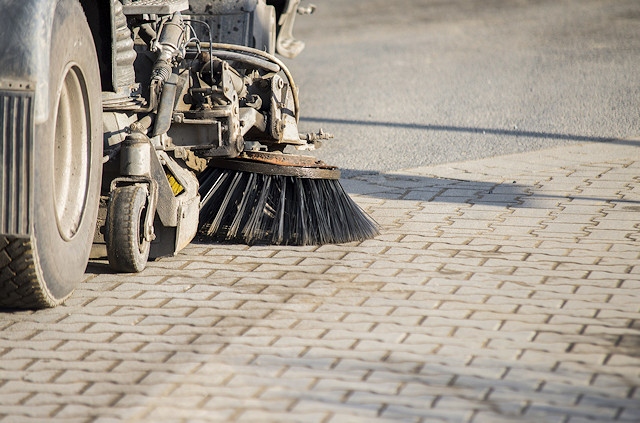 Litter collected from the gutters will be sorted and recycled. Stock photo

Recycling is to be boosted with Greater Manchester’s first ‘reuse’ hub as part of a drive to reduce the amount the region wastes – and even the grit swept up by street cleaners could be turned into building blocks.

Suez – which took over from Viridor as Greater Manchester’s waste provider earlier this year intends to set up a ground-breaking street sweeping plant at Dukinfield, which for the first time will see litter collected from the gutters by councils, including Rochdale Borough Council, sorted and recycled.

The company has also developed a bespoke ‘social value plan’ which is focusing heavily on reuse.

‘Ambitious’ plans have been revealed which will see more furniture and household goods that residents take to the tip re-purposed and resold at ‘reasonable’ prices, with the cash being donated to combat homelessness.

A ‘reuse hub’ is also to be created over the next two years where broken TVs, bicycles and other equipment would be repaired by community and third sector groups.

This would then be sold at ‘reasonable’ prices at three proposed ‘reuse shops’ which would be located at three of the 20 household waste recycling centres.

The locations are still being confirmed, but it’s hoped they will be in operation by next June.

In a briefing given to the carbon and waste reduction panel in Tameside, it states that all profit made from reuse will be ‘given back to the community – guaranteed’, with £100,000 to the homeless fund from year one.

Michelle Whitfield, from the Greater Manchester Combined Authority, told councillors: “The idea with that is when a resident throws something away in a bin there might be nothing wrong with it.

“We’re going to have separate containers at household waste recycling centres so we can capture all of that and it then it can either be fixed, repaired and sold in one of these reuse shops at one of the other locations.”

The reuse hub will be a warehouse filled with different workspaces, which can be used by community and third sector groups.

“Items that are damaged that have been dropped off at the household waste recycling centres will be taken to the reuse hub and we’re going to have loads of units in there that will fix TVs, will do testing, fix bicycles, all sorts of things,” Ms Whitfield added.

“The idea is that things that have been fixed will then supply the reuse shops and be sold at reasonable value.

“They have reuse shops at other places in the contract, but they’ve not done anything as ambitious as this, so this is a first.”

The documents also reveal there is an ambition by Suez to work in partnership to deliver a ‘recycling mall’ with a retail reuse shop in Manchester’s Northern Quarter.

And soon residents will also be able to see their old mattresses and carpets recycled and stripped back to their raw materials for use in other sectors, such as in the equestrian industry.

The street sweeping plant is to be based at the Globe Centre on Ashton Street, and would serve all the councils – except Wigan which is not part of the Greater Manchester waste authority.

It would see the litter and detritus on the side of the road recycled using a specialist mechanical sorting system.

Mr Parker explained that currently the rubbish swept up is broken down and turned into ‘refuse derived fuel’.

“Separating out that waste has been very challenging and the traditional material recovery facilities that we’ve had can’t do that,” he said.

Ms Whitfield added: “Suez run two other plants, one in Wolverhampton similar to this, they actually make concrete blocks out of the aggregate and sand that’s left over from when you’ve taken out all the bits you don’t want.”