You are Here: Home » News » News Headlines » Prime Minister sets out plans to give the north more control of rail services 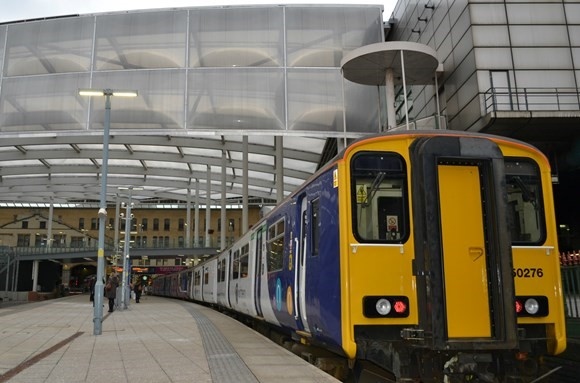 Northern mayors and combined authorities will have greater control over setting local train fares, timetables, and budgets under sweeping new plans set out by the Prime Minister.

In a speech in Rotherham today (Friday 13 September), the Prime Minister set out his intention to allow Northern communities to take more control over their services.

This means local people will have more power over how their trains are run, including the frequency and fares, as well as allowing them to hold local providers to account.

The Prime Minister said: "Today I am announcing my intention to give the railways of the north back to the people of the north. On local lines in metropolitan areas, we will give greater control over fares, service patterns, rolling stock and stations.”

The Prime Minister said that many of the North's best services, including the Metrolink, are already run by, or on behalf of, locally elected politicians. “They're always going to care more about their trains and trams than someone in Whitehall,” he said.

The Prime Minister also said that "in this birthplace of the railways, we can do so much better. Today – coming from London on the train, it took me just over an hour and a half to get to Doncaster. But if, for example, you travelled from Liverpool to Rotherham – less than half the distance – you might have had to leave an hour earlier than me, and change as many as three times."

He lamented the fact that many Northern cities still have “to put up with old diesel trains, running once or twice an hour, from stations where the only form of welcome on the platform is a bus shelter.”

However, drawing on his experience as Mayor of London, the Prime Minister warned that “as well as taking power, you will have to take responsibility. That means alongside taking the credit, you will be taking the heat.”

He also made clear that the North's railways must remain part of a national network, which is what passengers want.

The move to hand down more control, in partnership with the railways, is one of the recommendations from the Williams Rail Review, led by independent chair Keith Williams.
The Government is currently delivering the biggest rail investment since the Victorian era - spending a record £48 billion improving our railways to deliver better journeys.

In the North specifically, Northern has invested £500m on 101 new trains - the first of which entered service in July, and the first of the old Pacers being withdrawn in August.

£100m is being spent on the refurbishment of every other Northern train, whilst TransPennine Express have started introducing 44 brand new intercity trains connecting the cities of the north of England and Scotland.