You are Here: Home » News » News Headlines » Rochdale Market to close as trader numbers and revenue continue to fall 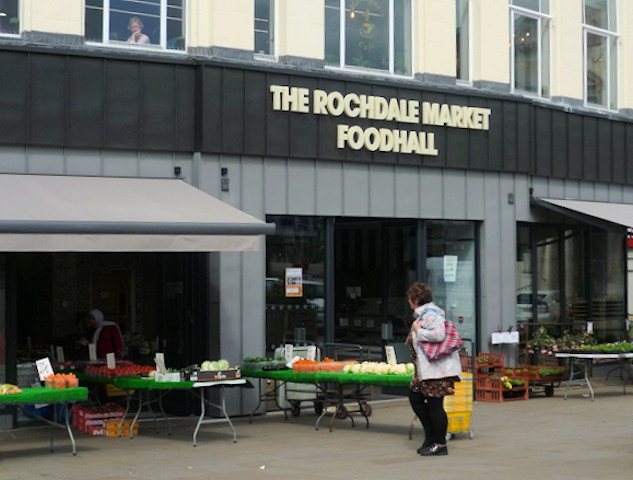 Rochdale Market is being closed, with the last trading day set for Monday 14 October.

Both the outdoor market, currently located on The Butts, and the indoor food hall in the former Santander building will cease trading from mid-October.

According to the council, over the past year, the number of traders regularly attending the market has halved and it is no longer financially viable. There have been four days over the past year, including two Saturdays, when no traders turned up, and on nine others only one trader was present.

Officials say that although they have been successful in luring new businesses into vacant town centre shops, there has not been the same level of interest in the market.

However traders complained that the new outdoor market was ‘not fit for purpose’, lacking protection from the elements and basic facilities such as heating and lighting.

Many were also furious when Friday was axed as a trading day, and a new artisan market was brought in on one Saturday a month, displacing them from their usual patch.

The indoor market also failed to take off – and was dealt a major blow in April when Rochdale’s Choice Family Butcher pulled out after just five months, leaving just two traders and a café.

The council began running the market after the Exchange Shopping Centre, where it was previously based, was sold. In 2017, as part of efforts to maintain and enhance it, an external operator was selected but the relationship ended after failing to live up to expectations.

The council took control of the market again, including the renovated indoor section, in October 2018 but the quality and number of traders has not improved. On 47 of the 151 markets days held since 1 October 2018, there have been fewer than five traders.

When costs are deducted, the market is currently losing between £3,000 and £4,000 a month, the council says.

However council leader Allen Brett has bullishly defended the move – and says the market is only closing ‘in its current form’.

He said: “We are not losing a market because the market is hardly existing – we will still have a market, we will have the artisan market (which comes to Rochdale on one Saturday every month).

“We are not losing a market, but the market in its present form will not be trading.”

“We have still got the market charter, we will still run markets as and when they need to be run,” he added. 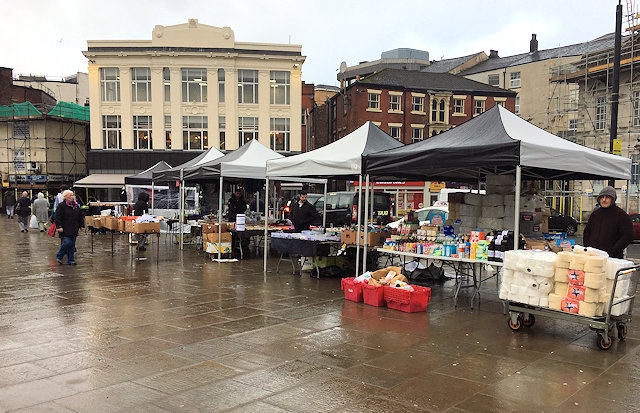 But he was clear that the market had come to the end of the road, financially.

“We can’t subsidise it to the tune of £5k a month,” he said: “They’ve already been subsidised for several months while we make savings elsewhere, it’s not fair on rate-payers in Rochdale.”

The council says efforts to maintain the market, including giving rent-free periods to traders and subsidising bills, had not been successful.

Stallholders’ proposals for running the market themselves were not said to be ‘not viable’ by the council after ‘careful consideration’.

Councillor Brett denied that the council had failed the town’s market traders.

The council says that efforts to maintain the market, including giving rent-free periods to traders and subsidising bills, have not been successful. Outdoor traders were also given the opportunity to run the outdoor market themselves but their proposals, which the council considered carefully, were not viable.

Traders have been told the council’s market manager will support any traders who would like to relocate to other markets in the borough or any other suitable location.

A spokesperson for the council said: "Special events, which have worked well since they were introduced, will continue and the council will look to build on these in the future. The market hall is in a prime location in the heart of Rochdale town centre and we will be working on alternative uses for this important building going forward."

Rochdale became one of the first towns in Lancashire to obtain a market charter when it was granted in 1251.

Since 2015 traders have moved from their long time home in the Exchange Shopping Centre to temporary sites in Smith Street and Yorkshire Street.

The  long-delayed move to The Butts, in August last year, was meant to see the renaissance of the market and play a key role in revitalising the town centre.