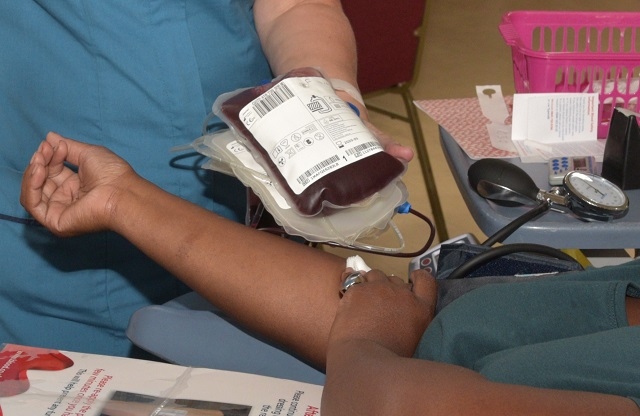 Figures released to mark the end of Sickle Cell Awareness Month (September) show that black people in Greater Manchester are responding to the urgent need for donors.

Over the past year, 7% more black people have started donating blood in Greater Manchester, with a 15% increase within the Manchester district itself.

NHS Blood and Transplant is now urging more black people in Greater Manchester to register as blood donors and save lives because the overall shortage of donors remains.

Joel Bowes is one of the active black donors from Greater Manchester who has donated the most blood.

The 49-year-old has reached 59 blood donations. Each donation can help up to three people so Joel has saved up to 177 lives. He has personal experience of the severity of sickle cell disease. One of Joel’s school friends died from sickle cell complications. 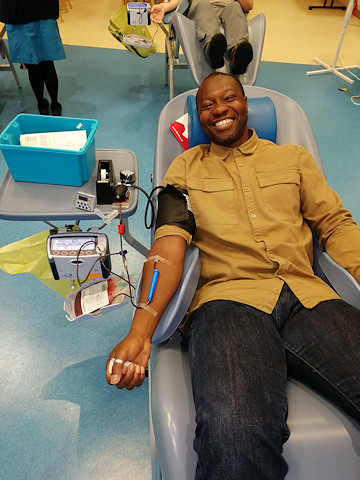 “When I speak to young people I always hammer home the point about sickle cell disease – I’ve only seen black people donating alongside me a few times and we need more.”

Joel started giving blood as a young man himself.

He said: “I read about how in America people got paid for donating blood. I said ‘I wish I could get paid’. My dad couldn’t donate himself but he said ‘if you are going to give, you must give freely’. And that’s the reason I donated. My dad would have given but he couldn’t and if you can give to help someone, you should.”

He said “You always hear about how people are in need so I kept donating. Mostly I never thought about the race side though I know more and more there is a need for black donors.

“My son and daughter came with me to donate once and I was apologising to the staff saying ‘are they getting in your way?’ They said ‘no’, keep bringing them and hopefully they will donate one say too’.”

People from the same ethnic background are more likely to have the same blood types. However the shortage of black blood donors makes it harder to find the best matched blood for black patients.

Nationally, new NHSBT figures show that the number of black blood donors has grown over the past three years in response to urgent appeals in recent years but the situation is still very serious - NHS Blood and Transplant still needs 40,000 new black donors nationally.

The red blood cells of sickle cell patients form into a sickle or crescent moon shape. These deformed cells can block blood vessels, causing agonising pain, and creating a risk of organ damage, stroke, and death.

Mike Stredder, Director of Blood Donation said: “This month we can celebrate how more and more black people in Greater Manchester are saving lives by donating blood.

“However the shortage of black donors remains, which makes it harder to find the best matched blood for black people, putting them at greater risk of potentially life threatening transfusion reactions.

“Blood donation is quick, easy and safe and we urge people of black heritage in Greater Manchester to register as donors to help save lives.”

Become a blood donor. Register today and book and appointment by calling 0300 123 23 23, downloading the GiveBloodNHS app, or visiting