Area of central Rochdale named most deprived in Greater Manchester 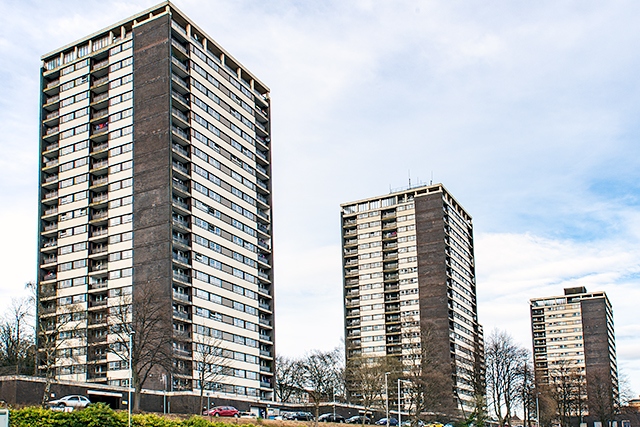 An area of central Rochdale has been named the most deprived place in Greater Manchester.

Latest government figures show the LSOA (Lower-layer Super Output Area) which includes Rochdale town centre and parts of the neighbouring estates of College Bank and Lower Falinge is the 31st most deprived place in England.

It’s based on the Index of Multiple Deprivation, which takes into account things such as wages, employment, education, health and housing standards.

It’s not the first time the estates have topped this kind of league table; in 2013 Lower Falinge was named the most deprived area in England for the fifth successive year, prompting a number of scathing articles in the national press.

Since then huge, multi-million pound plans have been put in place which will transform the area.

Housing association Rochdale Boroughwide Housing plan to demolish four of the ‘Seven Sisters’ tower blocks which have dominated the town’s skyline since they were built in the 1960s.

The 480 flats being lost will be replaced with 120 new townhouses.

RBH says the four blocks require multi-million pound upgrades which would cost at least £10m each – money it believes would be better spent on new homes of a higher quality.

But the plans have sparked a fierce backlash.

Some 600 people signed a petition protesting against the move and since the proposals were first announced in 2017 an often bitter war of words has rumbled on between campaigners and housing bosses.

Robin Parker, a former mayor of Rochdale, lives in Dunkirk Rise, one of the blocks earmarked for demolition and is one of those leading the Save Seven Sisters campaign.

He said: “I think there’s a lot of deprivation around and you can see that that with the amount of people begging on the street.

“What worries us on College Bank is, if they demolish College Bank, there are a lot of vulnerable people who are not going to seek rehousing, they are going to end up back on the streets again.

“It’s not regeneration, destroying so much social housing.

College Bank resident and fellow campaigner Mark Slater says the community would benefit much more from an investment in facilities rather than housing regeneration.

“We think it’s social cleansing. It’s part of the gentrification of Rochdale town centre and it’s the traditional community of Rochdale that’s suffering,” he said.

“College Bank is a mixed, vibrant community, but there are a lot of people here who would benefit from more support, more facilities, more organisations.

“There are a lot of people in College Bank who are socially vulnerable.

“We need more things like meeting rooms, play areas for kids – anything where the community can come together.

“The lack of those sorts of things contribute to a feeling of isolation.”

Across the road in Lower Falinge the bulldozers have already moved in on a number of blocks.

In their place RBH plans to build 33 new one and two bedroom flats and 22 two and three bedroom houses alongside a new park and playground in the heart of the estate.

Other new houses have also been built recently and further, as yet unspecified, plans for the estate are also in the pipeline.

Andy Littlewood, who has lived on Lower Falinge for 11 years, says the work has given the estate a new-found optimism.

“I am not surprised we are the most deprived place, but this really is a nice place to live,” he said.

“We’ve got our issues but those issues are hopefully going to be sorted with the regeneration.

“The standard of housing is not very good at all, and people have issues with their finances, education and training, substance issues.

“But alongside the new houses the council and RBH are putting measures in place to help with that, courses and things like that.

“I’ve benefited from that personally; I’ve had help getting an interview for a teacher training course.

“Hopefully those two things together should mean Lower Falinge is never in that position on the league table again.

“But people are optimistic now. They can now see the work happening. They now believe change is happening.

“The league table doesn’t tell the full story. We are a decent community. There are decent people here. We don’t look down on each other, we look out for each other.”

Central Rochdale, College Bank and Lower Falinge are not alone.

This could be because poverty in those neighbourhoods is now worse, or that other areas are improving faster.

In Manchester, where the Conservative Party conference is currently ongoing, it’s even worse, with 43% of neighbourhoods among the top 10%, up from 41% four years ago.

Speaking earlier this month, after a separate set of figures found the borough of Rochdale was the 15th most deprived local authority area in England, council leader Allen Brett called for government action to ‘reverse this decades long injustice’.

He said: “The same towns come up in these surveys time and time again and yet nothing is ever done to really address these long-standing issues.

“Are we really surprised that the places that get the least government investment are the most deprived and those that get the most are the wealthiest?

“The only thing that will reverse this decades long injustice is a serious effort to rebalance the UK economy and to give people in places like Rochdale the same levels of public funding, not least in terms of education and infrastructure, that people in London and the south east enjoy.

“Life is good for a lot of people in this country but for a lot of others it’s a never-ending, degrading struggle against a government that too often turns its back on them and is coldly indifferent to their plight.”

Councillor John Blundell, Rochdale’s cabinet member cabinet member for regeneration, business, skills and employment, says ‘proper investment in skills and business’ are what’s required, but austerity limited what the ‘cash-strapped’ council could do.

He said: “I think it’s reflective of government policy, given it focuses on investing in areas of affluence to get bigger bang for their buck.

“But that leaves other areas without investment, because we’ve had a Tory government for the last nine years we have seen austerity within the council.

“That’s not to say the RBH tack is the correct one. Some have accused RBH of social cleansing – essentially knocking down people’s homes and distributing people across the town centre and borough – but that doesn’t solve the issues.

“Austerity has meant the council can’t step in and the social housing provider’s (RBH) answer has been to knock down those people’s homes to spread the deprivation.

“But that doesn’t answer the problem for those people.

“We need proper investment in skills and business, that’s ultimately through the council, but we are cash-strapped.”

Gareth Swarbrick, RBH chief executive, said: “RBH’s investment in Rochdale town centre is about improving both the quality of homes and the quality of life for people living here now and in the future.

“We are committed to playing our part alongside the council to transform the prospects of central Rochdale and the people who call the town centre home.

“That is why we are working with the council on the ground-breaking New Pioneers Programme to improve the employment prospects of central Rochdale residents, as well as making sure that there is a mix of good quality, affordable homes that meet local housing needs.

“We have promised that as the redevelopment progresses all current residents who wish to stay within the town centre area will be able to do so.

“Over half of those who moved from the blocks demolished in Lower Falinge chose to stay in the town centre – and were supported to do so by the RBH team.

“Several families moved into the new homes RBH recently completed at Toad Lane, which are all for affordable rent and have been shortlisted in this year’s Rochdale Borough Design Awards.

“In early 2020 we start the next phase of new development, with 55 brand new affordable rented homes – a mix of modern, energy efficient, family houses and apartments.”