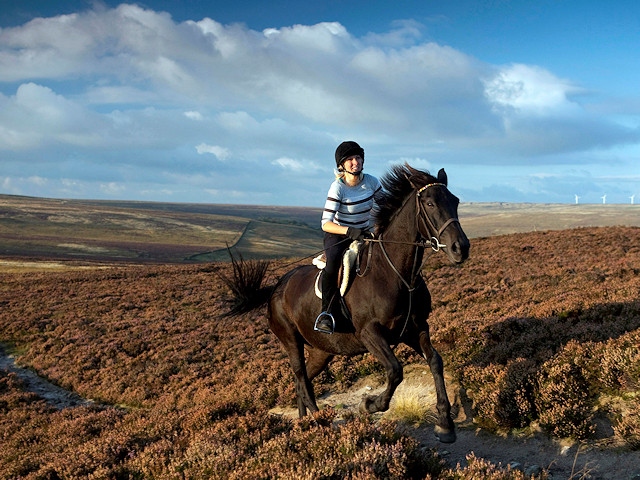 Horse rider gallops across the South Pennine landscape, cited in a government report on the nation’s most precious areas

A government report on the future of England’s protected landscapes has praised the work being done to create a South Pennines Park.

The review, led by journalist Julian Glover, has published its final recommendations and urged the Yorkshire Dales and Peak District national parks to work alongside the proposed new area and also highlighted its partnership approach as a model to be encouraged elsewhere.

The South Pennines, which includes parts of rural Rochdale, is the only upland area of England not designated as a national park, or area of outstanding natural beauty (AONB). Campaigners want to remedy this omission with a self-declared South Pennine Park, with an equal emphasis on protecting the landscape and addressing social inequality and climate change.

The move has the support of local authorities and other stakeholder in the 460 square mile area, which cuts across the Lancashire and Yorkshire county border and is home to 450,000 people. 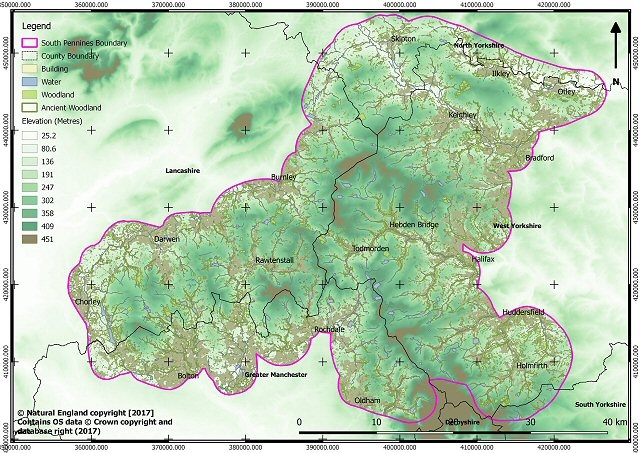 Helen Noble, Chief Executive of Pennines Prospects, which is championing the South Pennines Park plan, explained: “We hosted a fact-finding mission in the region for the review panel and they were clearly very impressed.

“Local authorities, campaigners, utility companies and landscape managers all spoke with passion and from the same hymn sheet. We don’t necessarily want a statutory designation, but would like to explore a new approach to managing our park, with people and conservation at the heart of sustainable development.

“What we seek is recognition for our work and the chance to benefit from additional resources.  We do feel we are ahead of the game in what the Glover report urges, such as partnership working, community engagement and supporting access for minority groups to the countryside.”

Pennine Prospects Chair, Pam Warhurst, was recently invited to speak to the National Park Conference hosted in the Yorkshire Dales, where she laid out the plans for the new park.

The Glover report recommended that AONB designation be ditched and the 34 such areas be brought under a national landscapes banner, along with the current 10 English national parks.