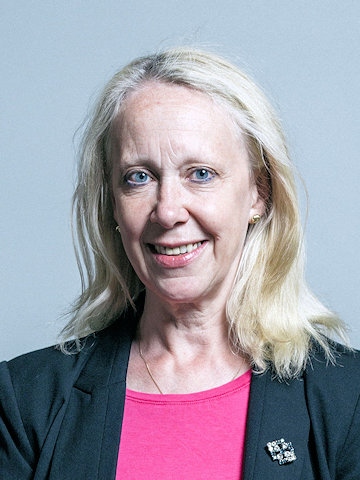 Speaking at Wednesday’s (2 October) debate in the House of Commons on the Domestic Abuse Bill, Heywood and Middleton MP Liz McInnes took the opportunity to speak about the impact of domestic abuse on children and how the Bill could be improved to maximise their protection.

In particular, Ms McInnes spoke about the age limit of the Bill, which is currently limited to 16 years of age.

Ms McInnes said: “The Bill's definition of domestic abuse does not extend to relationships between persons under 16 years of age. Many campaigners have argued for a wider definition in order to include teenagers who are in relationships and experiencing violence or abuse and thus allowing for an early response to stop abuse escalating.”

“Teenagers may not realise that they are experiencing abuse and are less likely than older victims to call a helpline. Research has found that two-thirds of teenage girls who have been in an abusive relationship did not recognise that behaviour as abusive. This highlights the importance of educating young people on what healthy relationships look like. Having a bad boyfriend should not be seen as an acceptable right of teenage passage.”

The age limit has been a hotly contested aspect of the Bill with the Children’s Society suggesting that an age limit of 13 years would be more appropriate.

However, the Joint Committee in charge of drafting the Bill decided to restrict the age limit to 16 years of age because of concerns that lowering it would lead to the criminalisation of under 16-year-old perpetrators.

The committee did recommend that the government conduct a specific review on how to address domestic abuse within relationships between under 16-year olds, including age-appropriate consequences for perpetrators.

She said: “These children need access to vital services like counselling and mental health services so that they can recover from the harm they’ve suffered and work towards a positive future.

“Research demonstrates that specialist children’s services do reduce the impact of domestic abuse and improve children’s safety and health outcomes, which is why it is so concerning that dedicated support for children and young people is falling.”

The debate lasted for several hours with MPs raising a multitude of important issues related to domestic violence.

Some shared personal stories, including Rosie Duffield who moved many MPs to tears by sharing her own experience of domestic abuse and coercive control.