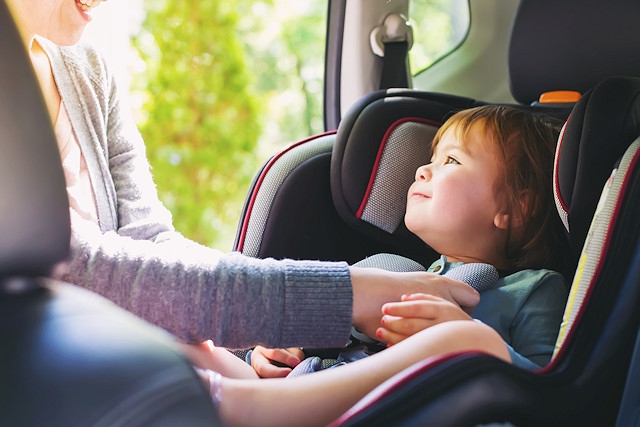 Officers from GMP’s Roads Policing Unit had a successful day out on Tuesday 24 September as 34 child seats were checked in over 20 vehicles.

Around three quarters of cars checked needed some form of corrective action to make them safe enough for a child to travel in.

The checks were made as part of Project EDWARD (European Day Without A Road Death) in an effort to improve road safety in Greater Manchester.

As well as the safety checks, officers also seized a car for having no insurance and processed traffic offence reports for:

Sergeant Dennis Delve of the Roads Policing Unit said: “The number of vehicles that needed remedial action to their seat belts to make them safe was much higher than I had anticipated. I would urge anyone travelling in a car or using a child seat to make sure their safety restraints conform to current safety advice.

“More information on how you can check if you child safety seat is correctly fitted, can be found online.”

Project EDWARD’s project manager James Luckhurst said: “The volume of road safety faults and offences detected by officers in a relatively short period of time illustrates the unnecessarily high risks some drivers are willing to tolerate on their journeys. It also highlights the tremendous value of police enforcement activity in reducing the number of people killed and seriously injured on our roads.”

“It was abundantly clear during this operation that officers taking part were there with one aim – to prevent harm to young children who are our most vulnerable road users. That is central to the aims of Project EDWARD, and we appeal to any driver willing to take a safety risk by using an insecure child seat, or choosing not to use one at all. Your children rely on you to keep them safe when they’re on road journeys, so please do everything you can to reduce the risks they face.”