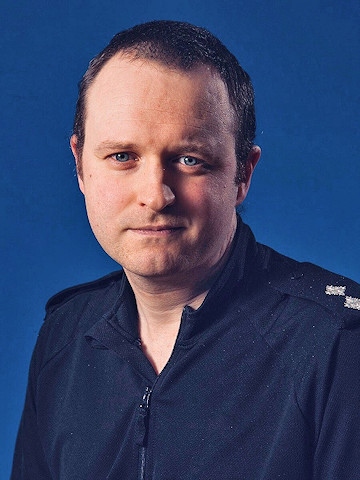 This week, he discusses the recent assault at the Littleborough Co-op and an update on last winter's vehicle thefts.

Last weekend, staff at the Co-op in Littleborough were assaulted by underage kids trying to buy alcohol. I hope you will understand that as this is an active investigation, I am not able to expand on the specific details as much as I would like. Needless to say, it is being investigated and, having spoken to the officers investigating it, I am confident prosecutions will follow but please bear with us whilst we make progress with it.

Firstly, an update on issues that caused the community huge issues not so long ago -

This week we had a Criminal Behaviour Order (CBO) granted against a 17-year-old male who I am not allowed to name due to his age. This male was convicted some time ago of a vehicle crime offence and is suspected of involvement in the theft of vehicle and burglary spike we saw across Littleborough, Milnrow and Newhey six months ago. The CBO bans this individual from associating with his criminal associates in public, and from entering Littleborough, Milnrow or Newhey (amongst other areas). Should he breach this order, I will ask that an application is made so his photograph and name can be published.

Separately, two other males, who cannot be named as they have further prosecutions impending, were sentenced to 40 months and 42 months imprisonment respectively for their involvement in the same series of offences. Again, once they can be named and photographs published, I will ensure they are.

I am afraid to say that some of the individuals sentenced to prison for that series of offences are imminently being released and so we are having to put in place patrols and plans to try to restrict their crimes in the area again over the coming months.

In November and December last year we had a huge surge in vehicles being stolen. The majority of these were vehicles left to defrost outside people’s houses with the engine running. These criminals I am referring to are not clever, they are opportunists. They specialise in stealing insecure vehicles and we made it far too easy for them last year and encouraged them to return to the Pennines for rich pickings as over and over again as vehicles were left for them to jump in to and steal.

Please make it more difficult for them this winter when they try – and they will – by not leaving your vehicle insecure.

When they do return to crime, we will gather the evidence and put them back in custody, but I would much rather not have victims of crime, than be talking about sentencing people for crimes they have committed.

To return to the issues in the Co-op at Littleborough – I am responsible for a fairly large area and there is a parallel between the problems being experienced in Littleborough and those being experienced in Newbold and Kingsway currently. Criminals use the Metrolink and trains as free travel to go and commit crime where they think they are less well-known and then return home.

I met with a number of your councillors, Transport for Greater Manchester, and the GMP Travelsafe unit a few weeks ago to discuss these problems and have asked for some time to come up with a plan for how we can address it. This is not me wanting to dither, but we have tried plans where we ‘put more staff on trains and trams’ in the area previously and we have achieved no long-term improvement. The plan needs to be smarter than that.

The Council’s Anti-Social Behaviour Officer has previously visited the Co-op in Littleborough and provided advice on improvements that can be made to reduce the likelihood of crime in the premises and I have written previously to senior management about my own concerns. We will return to those discussions once again now and try to work in partnership to protect the staff from further incidents.

Thank you for your support.