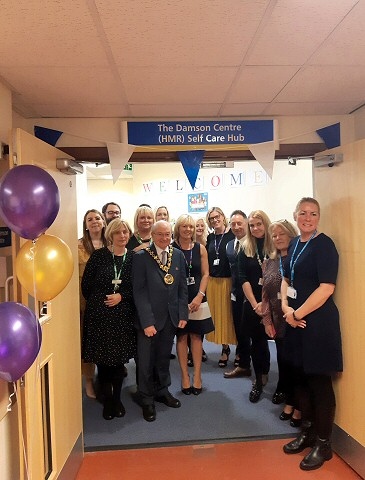 This weekly column from the Mayor of Rochdale, Councillor Billy Sheerin, is about the places he has been and the people he has met during the week commencing Monday 23 September to Sunday 29 September 2019.

Tuesday 24 September, I was invited, along with Councillor Janet Emsley, to Rochdale Women’s Welfare Association for a community cohesion flag celebration. Over several weeks, the women at the centre have worked on creating a banner that represents the diversity of Rochdale, adding different country flags around the edges.

There are approximately people from 47 different nationalities living in Rochdale currently, and flags were added to represent each one.

I enjoyed speaking with the locals who were part of the project and gave a short speech to thank the women for inviting me on the day and for showing Rochdale’s wonderful diversity. 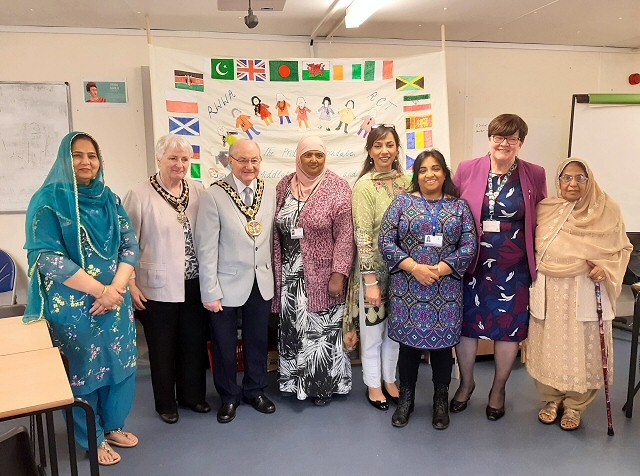 In the evening, I was invited to celebrate the 70th anniversary of the founding of the People’s Republic of China at Principle in Manchester. All the Mayor’s of Greater Manchester attended; we nearly didn’t get there as Oxford Street was completely gridlocked! The night was filled with entertainment, I especially liked the dancing dragons.

The life expectancy in China 70 years ago was 35 years old, now it is 75. I was happy to celebrate their tenacity in pulling themselves up.

Wednesday, eight schools from the borough were awarded at Rochdale Town Hall for their commitment in providing healthier food options for their pupils. The schools commended at the event have achieved the top rating from the Greater Manchester Healthy Catering Awards and all hold a level five food hygiene rating. 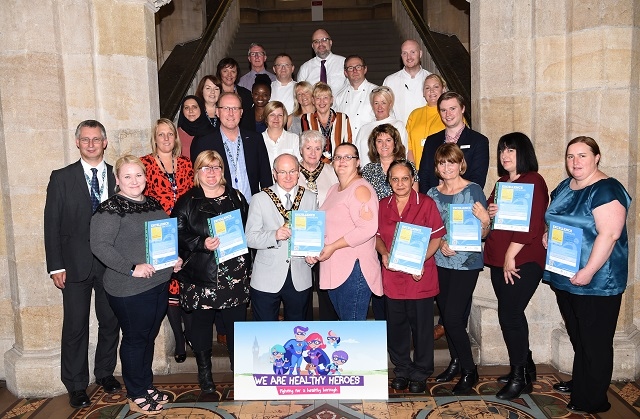 I took the Mayoress to her first football game at Old Trafford as Rochdale AFC played Manchester United in an EFL Cup fixture. What a night it was! We were sat very close to Sir Bobby Charlton.

Everyone leaped to the sky when young Rochdale player Luke Matheson put the ball in the back of the net. Rochdale were like tigers going for every ball and I think played extremely well.

I was at Old Trafford when the two teams last played one another in 1984. We lost 2-0 and it was a very cold, damp night, but an unforgettable experience. 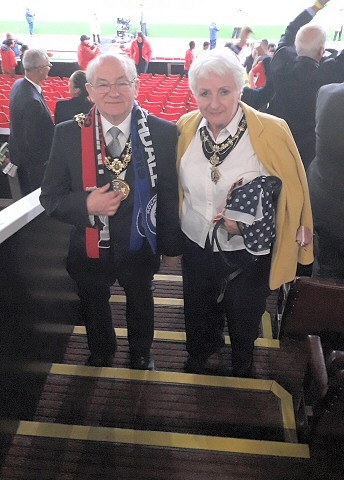 Thursday (26 September), I attended a production titled ‘From Waterloo to Peterloo’ at Ellenroad Steam Museum. This was a very enjoyable night out in the Ellenroad Boiler Room – I told them if you want to be a star you have to suffer, as they were getting changed in the cold boiler house with coal around them!

Produced by MADS Theatre Company, this was an extremely well written play by Gerard Brierley and Jon Comyn-Platt which included Middleton’s own Sam Bamford as a character. The acting was excellent, and the atmosphere was very enjoyable. Thank you to MADS for inviting me along. 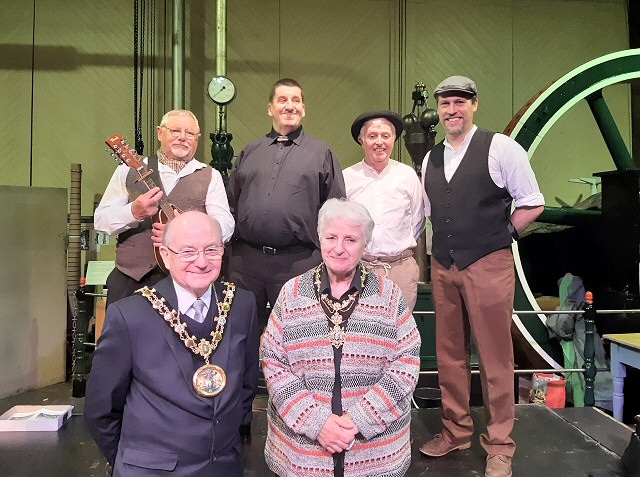 On Friday 27 September, the annual School Caritas Ambassador Festival was hosted at St Kentigern’s Church, Fallowfield by Caritas Diocese of Salford. This is a celebration with children from schools all over Greater Manchester - I saw Cardinal Langley attend from Rochdale – where pupils who intend to do good and help in society (e.g. help the elderly, try to reduce global warming, care for those who are sick) are awarded.

300 children attended the event in total. It made me feel like there is hope for the human race as youngsters in the next generation have the right focus. It was my pleasure to be there to encourage the pupils to keep going forward.

Later in the afternoon, I officially launched Heywood Middleton and Rochdale’s (HMR) new Self Care Hub at Rochdale Infirmary – better known as The Damson Centre. This section of the hospital wasn’t being used, so now it is being put to good use for the benefit of the borough. 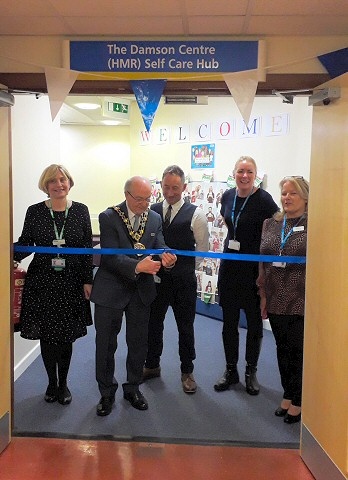 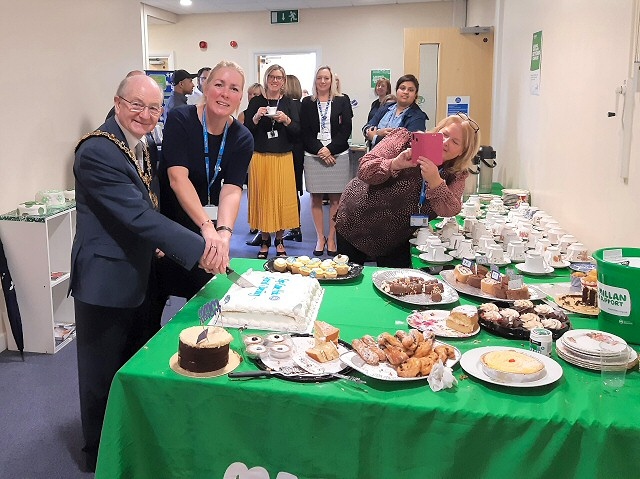 I was invited to Jumbo Community Centre in Middleton on Saturday 28 September for an open day. The Jumbo Community Group are a group of volunteers who want to improve Middleton and identify what the town needs and recently brought this community centre back to life. It is now being used as a local safe haven where older and younger people can attend weekly activities such as a craft club or knit and natter, or just come for a chat and a brew.

St Michael’s Brass Band played at the open day and Higher Crompton Cheerleaders entertained attendees, followed by a raffle (which I didn’t win anything on).

The centre has been in Middleton for a long time now. I was booked in the 1980’s to perform a Punch and Judy Show there for the local firefighters Christmas show. I performed for free but told them at this recent open day that I had come back for my money!

I was invited to St Ann’s Church in Manchester for a Mothers’ Union Diocesan Festival Service titled ‘A Celebration of the Family’. This is an annual event at the church, hosted by the Mothers’ Union group, where mayors and mayoresses and other women’s groups are invited to celebrate different things like your family and your achievements.

The sermon was given by Venerable David Sharples, Archdeacon of Salford, and The Kadenza Women’s Choir performed. This was a very enjoyable service, which was very well put together.

Thank you to the Mayor of Bolton, Hilary Fairclough, the Mayor of Trafford, Rob Chilton and the High Sherriff of Greater Manchester, Mark Adlestone OBE, for keeping me company. 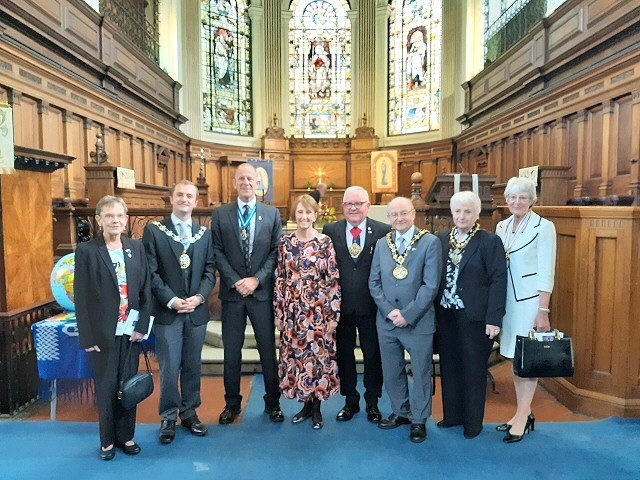 Sunday (29 September), I was delighted to celebrate local charity Jolly Josh’s 2nd anniversary at Callaghan House, Heywood. This local toddler group brings so many benefits to the borough and the people within it. Thank you to Carole Kelly, the founder of Jolly Josh, for her amazing efforts in starting the charity to help others even in your hard times and for making a positive change in Rochdale.

I wish the charity all the best for the future. 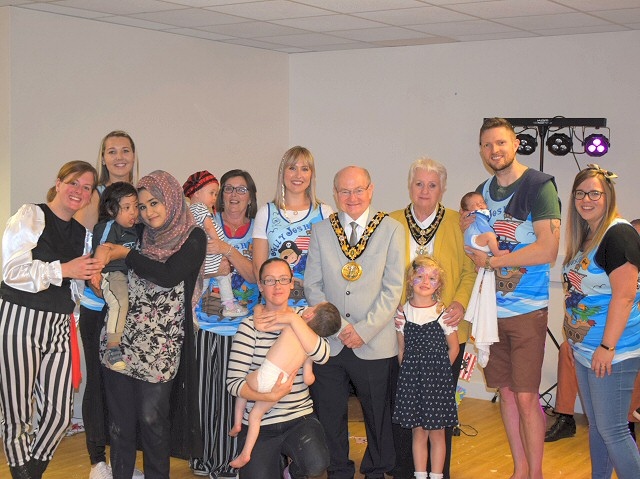 Finally, to end the week, I was invited to another special occasion at The Burnside Centre, Middleton as they celebrated their Golden Jubilee. Running since 1969, the centre celebrated its 50th anniversary with a special weekend of events, including a community fun day and a plaque unveiling to mark the occasion.

This was not only a celebration, but also a service of thanksgiving with the Bishop of Middleton, Mark Davies, and Reverend Philip Miller.

The centre has recently received funding for the next five years as a Community Interest Company (CIC), which ensures their survival. I wish the manager Kerry Edwards and the staff all the best and I am delighted to support your endeavour. 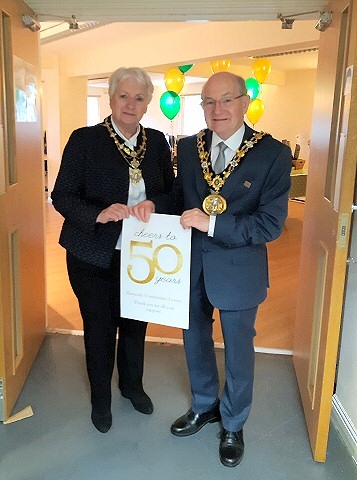 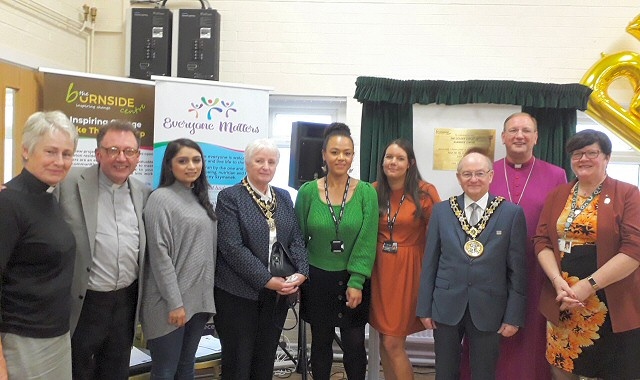