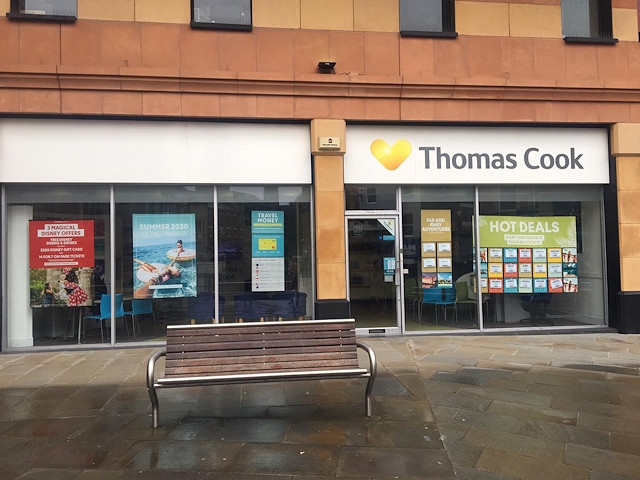 Hays Travel will acquire the entire retail portfolio of 555 former Thomas Cook shops, including Rochdale and Middleton, after it signed a deal with the Official Receiver and Special Managers from KPMG.

Hays Travel has already employed more than 25% of the former Thomas Cook retail employees and is proposing to re-open the stores with immediate effect where possible and to take on up to 2,500 people.

Over 100 new jobs will be based at the company’s Sunderland headquarters with the rest in shops across the UK.

Irene Hays, Chair of the Hays Travel Group, said: “Thomas Cook was a much-loved brand and a pillar of the UK and the global travel industry. We will build on the good things Thomas Cook had – not least its people – and that will put us in even better stead for the future.

“We all share a passion for the travel industry, and we want to continue to build the company’s reputation for first class service and being a great place to work and develop a career.”

Managing Director, John Hays added: “Our staff were devastated to hear about Thomas Cook and we all immediately felt we wanted to help.

“In the last two weeks, we have already employed or offered jobs to around 600 former Thomas Cook colleagues, and it has been a very emotional experience for them. Now that we are able to re-open the shops, we are looking forward to welcoming many more people who share our passion for the travel industry, into our family business.

“I’m very proud of the fantastic team who have helped me build Hays Travel over almost 40 years and they have worked tirelessly over the last couple of weeks to bring this about. It is a game-changer for us, almost trebling the number of shops we have and doubling our workforce - and for the industry, which will get to keep some of its most talented people.”

Mayor of Greater Manchester, Andy Burnham, said: “The news that a large number of Thomas Cook jobs are in line to be saved by a takeover is obviously very welcome, though it is not yet clear how many of these roles will be based in the North West.

Mark Hughes, Chair of the GM Task Force which was set up by the Mayor of Greater Manchester in the wake of Thomas Cook’s collapse, welcomed the announcement: ​“This is excellent news which will provide a much-needed lifeline to those Thomas Cook employees who worked across the company’s retail units in Greater Manchester and the North West.

“However, as a major centre of airline operations, there is still much for us to do to ensure that ex-Thomas Cook employees from across all areas of the business continue to get the support they need, as well as those employees within the supply chain who are starting to feel the impact - not least those employed by grounds-handling firm Aviator which recently confirmed that it anticipates ceasing all operations at Manchester Airport later this month.”