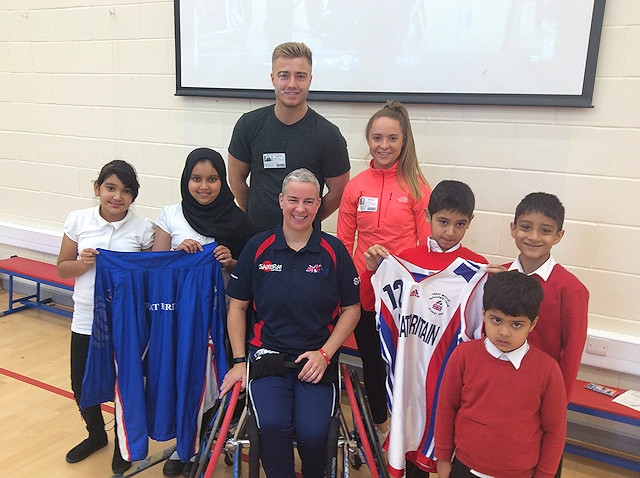 Children across the school took part in a sponsored circuit training session before hearing all about Anna's journey and how she came to represent Great Britain at the 2000 Paralympics in Sydney.

Resilience and determination were just some of attributes that Anna discussed during her time at Hamer.

Anna began playing wheelchair basketball in 1997 after retiring from hockey. After playing the sport for just over six months, she was selected for Great Britain in 1998.

Since then, she has won medals at the European Championships and Paralympic World Cups, and been a reserve in the 2004 Athens Paralympics.

Anna is now head coach at Cheshire Phoenix Wheelchair Basketball Club and was named as the UK Coaching Disability Sports Coach of the Year in 2017.