You are Here: Home » News » News Headlines » New Tractor vinyl LP released in support of the Save the Seven Sisters campaign 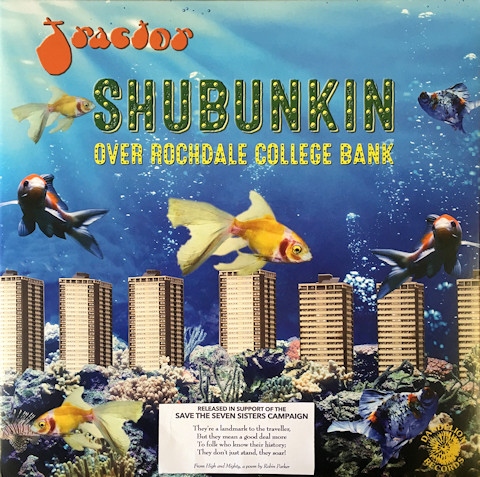 A new vinyl LP in support of the Save the Seven Sisters campaign has been released by Rochdale band Tractor.

Put together by Chris Hewitt on his Dandelion Records label, the record “Shubunkin over Rochdale College Bank” has been issued as a protest against Rochdale Boroughwide Housing’s plans to demolish four of the College Bank flats – flats which were once home to Tractor’s drummer, Steve Clayton, their manager, Chris Hewitt, and many other poets, musicians and tv producers.

The Seven Sisters tower blocks feature on the cover of a gatefold sleeve, packed with information about College Bank’s extensive history since they were constructed in the 1960s.

The compilation features tracks from the original 1972 self-titled album by Rochdale band Tractor – Shubunkin, Hope in Favour, Everytime It Happens, Make The Journey, Little Girl In Yellow, All Ends Up – plus other material not previously released on vinyl: Watching White Stars, Northern City, Mr Revolution Man.

Mr Hewitt, who once lived in the Underwood block of the estate, said: “Many Tractor numbers were worked out in these flats prior to recording at various studios around Rochdale and Heywood.

“Steve would sit cross-legged on the floor typing out Tractor’s song lyrics that vocalist Jim Milne had given him to archive, so you could say that College Bank was instrumental in creating this album.”

Mr Hewitt added: “Julian Cope, from The Teardrop Explodes, once said the Shubunkin track was 'more mysterious than almost anything I had ever heard. It was the music I thereafter wanted played at my funeral and was most certainly the sound of a soul approaching the canopy of heaven as it left the earth for the last time.'

The album now starts the way Julian always wanted it to run.

“Julian said he left a blob of marker pen on the side that began with ‘Shubunkin’ and that became the ‘ultimate beginning’ to any LP in his collection.” 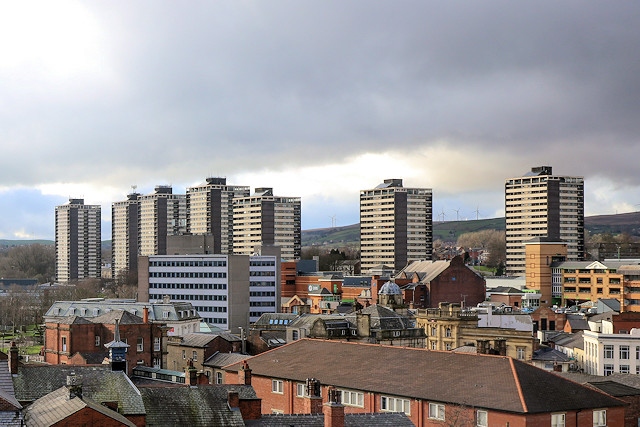 End of an era?

Earlier this year, tenants living in four the landmark Seven Sisters tower blocks – Mitchell Hey, Dunkirk Rise, Tentercroft and Town Mill Brow – were told their homes will likely be torn down within the next seven years.

RBH says repairing the 60s blocks would be too expensive, push up management fees and only serve as a short-term fix – but says it 'will continue to provide advice and assistance to all residents affected by the proposals, providing tailored support for those households who need it so that everyone can move into a good quality home that meets their needs'.

Under the proposals, College Bank would see refurbishment of the remaining blocks – Underwood, Mardyke and Holland Rise – including remodelling to reduce the number of bedsits, combining both ‘studios’ on each floor into a single two-bedroom property and improving parking arrangements.

The latest information on RBH’s plans is available at:

Hundreds of residents have opposed the plans since their revelation, with former mayor Robin Parker, a resident of Underwood, calling for the iconic flats to be ‘considered a heritage asset and listed accordingly’.

A few lines from a poem, entitled ‘High and Mighty’, written by Mr Parker, also features on the sleeve of Shubunkin over Rochdale College Bank:

They’re a landmark to the traveller,

But they mean a good deal more

To folk who know their history;

They don’t just stand, they soar! 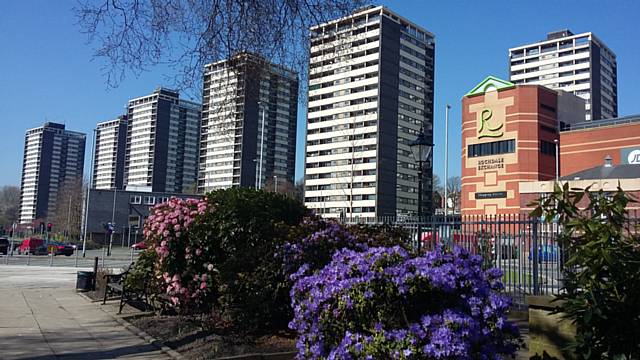 ‘Shubunkin over Rochdale College Bank’ will be out for general release in early November.