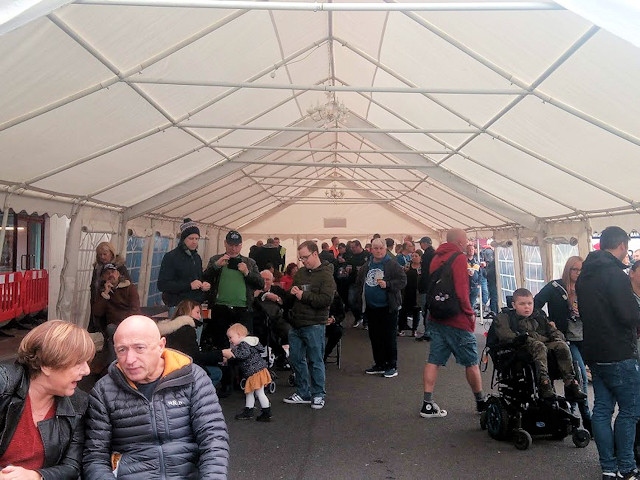 The seventh annual Oktoberfest event in Middleton on Saturday 5 October was the most successful to date.

Six local bands played throughout the day including The Moonrakers, a marvellous Middleton band playing songs from the 60's up to the present day; 47 Fingers, a rock cover band playing songs from the likes of the Foo Fighters, Green Day and Nirvana; classic rock band Black; Covered in Punk, who reworked well-known pop songs in their own punky style; The Late Show Band, playing hits from across the decades, and Identity Duo, an indie rock Mancunian duo who base their act on the 'Madchester' scene.

V-fresh catering provided some fabulous festival-style food, such as burgers, wraps, and, of course, in true Oktoberfest tradition, Bratwurst hotdogs.

Victoria Davies, Middleton Town Centre Manager, said: "Middleton's Oktoberfest just keeps on getting bigger and better each year. We had some amazing bands this year – all of which were local – and it was great to see so many people turn up and support the event.

“Thank you to all who came, joined in and enjoyed Oktoberfest. Thanks also goes to Middleton Township and Rochdale Borough Council, and to everyone who worked so hard on the day to make this year’s Oktoberfest the best yet."