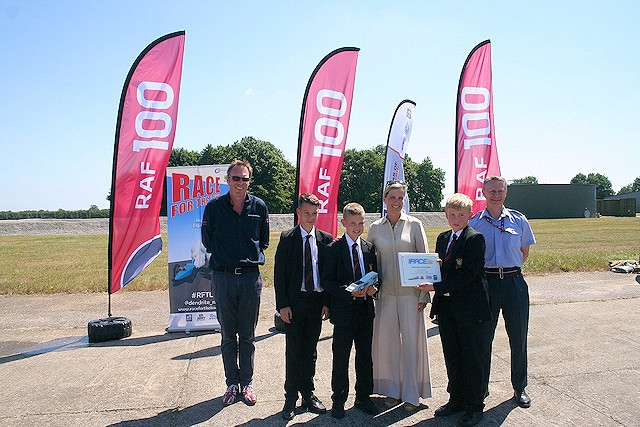 Cardinal Langley High and St Mary’s RC Primary School will be representing the Rochdale borough at the prestigious 2019 Educate Awards this year.

The awards are in their eighth year and are the largest education awards in the North West.

Cardinal Langley, whose past pupils include comedian, actor and film star Steve Coogan and Premier League legend Paul Scholes, are finalists in the STEM (science, technology, engineering and maths) Project of the Year award for their work on encouraging pupils’ participation in STEM activity.

They are at the forefront of STEM innovation and in 2018 represented the North West at the ‘Race for the Line’ national rocket car competition. Three year seven students travelled to RAF Wittering to compete against the other finalists to design and build a rocket car to travel over 60 mph. In the build up to the event they’d worked through lunchtimes to design their cars and their hard worked paid off as they finished second in the national competition which saw over 17,000 pupils apply.

The school is also working with The Learning Partnership on another pilot project with year eight pupils, ‘Navigate to the Line’, which involves students designing, making and programming an airship to undertake a series of challenges. The project encompasses those students who want to study ICT and Design Technology in year 9, as well as those interested in physics and maths.

Andy Bridson, headteacher at Cardinal Langley, is delighted to have made the finals. He said: “We’re so proud to be a finalist in these awards, it is real testament to the hard work staff and pupils have been putting in to these projects. We are passionate about ensuring that maths, science, ICT, English and design technology are working together in our projects. We’re playing a central role in cutting edge STEM projects which both enthuses them and encourages them to be the scientists, designers and engineers of the future.”

St Mary’s has also made the finals in the Outstanding Commitment to Sport in a Primary School category.

They have been rewarded for leading the way on embedding 30-60 minutes of physical activity into the school day. They offer a variety of programmes that are extra to the PE curriculum that each child receives. They have embedded programmes and initiatives like the Premier League Reading Scheme, The Daily Mile and Walk 2 School Scheme across the school in their commitment to increase pupil’s physical activity.

They have also given the ownership of lunchtime activities to the students which has led to increased activity and given pupils a variety of activities to choose from. Year 6 leaders have set up a ‘Skipping Group’ where the children have been learning skipping routines which has increased confidence, physical wellbeing, leadership skills and brought children from different year groups together as friends.

The school has also developed their own physical literacy equipment bags so that parents can play with their children to support and re-enforce activity and learning at home.

Tom Feighan, teacher at St Mary’s RC, was delighted to see the schools work recognised, he said: “We are extremely proud to be shortlisted for this prestigious award. I would like to thank all the pupils and parents for their continued support as well as the head and the governors for helping create a sporting and healthy environment for our school.”

The winners will be announced at the annual awards ceremony, which takes place on Friday 15 November at Liverpool Cathedral.

Councillor Rachel Massey, assistant portfolio holder for children’s services, said: “It’s fantastic that we’ve got two schools in the finals, they are clearly doing some outstanding work in their areas and it’s a great reward for their efforts to be recognised. I wish them both the best of luck for the finals, we’ll be rooting for them.”

For more information about the Educate Awards please visit: