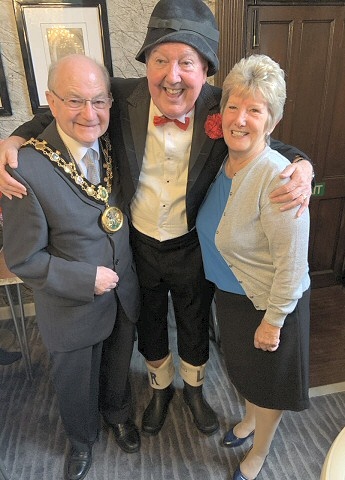 This weekly column from the Mayor of Rochdale, Councillor Billy Sheerin, is about the places he has been and the people he has met during the week commencing Tuesday 8 October to Sunday 13 October 2019.

I began the week on a mayoral visit to Beech House School. The Mayor of Rochdale is invited to the school annually for a tour; I have done this twice now, once as the deputy mayor, as Mayor Zaman was on a tour of Pakistan last year.

The children were very polite, as was expected in one of the top performing schools in the country, and I had a long chat about education with the headteacher, Kevin Sartain, who has been at Beech House for over 20 years now.

It was interesting talking to the children in the classrooms and finding out about what they are learning. I had a very pleasant morning.

Tuesday afternoon (8 October) I was invited to a Near Neighbours event at Rochdale Town Hall, which aimed to promote unity and networking in different communities. Guests were prompted to have conversations on the challenges they face in their neighbourhoods before seeing how they could come together and make a positive change.

Those in attendance included my two chaplains, Father Michael Johonnett of St Gabriel’s Church and Imam Mir Azam from Blue Mosque, as well as other faith leaders, councillor Janet Emsley and Mark Widdup.

Thank you to all that attended and to Samra Kanwal from Near Neighbours for organising and helping everyone feel united.

Me and the mayoress had a big event on Wednesday (9 October) and I must say I made a super speech there. We were invited by Northern to their new trains event at Manchester’s Victoria Station which celebrated two things – 1 million people had used the new trains, and this was the launch day of their first C195 train, which we had the privilege of travelling on.

We took a journey from Manchester to Rochdale and back on the new train, which was kitted out with all the latest gadgets inside such as Wi-Fi, phone chargers, air conditioning and electrical information boards. It looked absolutely amazing; it is very modern.

I was delighted to launch this new train. 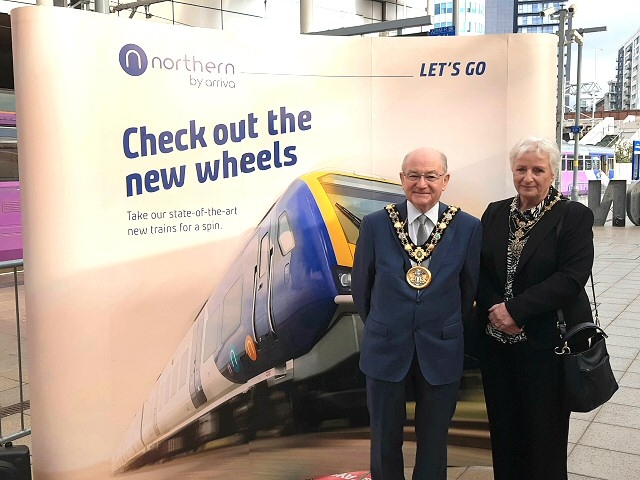 Following on from the school tour, Beech House School held their annual speech and awards night in the evening at Rochdale Town Hall. I presented a variety of awards from right across the spectrum, from children doing well in subjects to completing outside curricular activities.

Pete Wild, a footballer from Oldham who is now the manager of Halifax Town, presented all the sports awards with me.

It was nice to see the young people that had just left school come back to collect their awards and for teachers to find out where they have moved onto. I told them life is not just about academics, everyone has a talent and it is about finding it and using it to benefit others.

Thursday morning (10 October) was the weekly Veteran’s Breakfast Club in the Clock Tower Dining Room. This week, we were joined by comedian Jimmy Cricket.

Jimmy came with his wife (who is a lovely lady) and soon got in character to entertain the crowd. We were all falling about laughing at his quirky one liners, he has very clever humour.

Jimmy joined on the day to raise awareness of our event being held in the town hall for Remembrance Sunday, which will split proceeds between the Mayor’s Charity Appeal and the Poppy Appeal.

More details of the event can be found here: 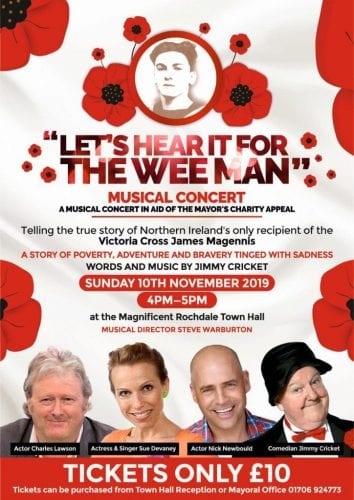 Thursday evening, a year 11 student networking event was hosted at Falinge Park High School. Carole Hopkins from Rochdale Development Agency invited local companies to the school to signpost young people into different jobs and to see the different paths available after school such as college or an apprenticeship. Those in attendance included H Bell and Sons, Rochdale AFC and solicitors’ firms.

I listened to some of the youth’s aspirations as we spoke about further education, careers and what they should be looking at individually to move forward in the world.

It was nice to meet all who attended the event and to finally meet someone smaller – headteacher Janice Allen - than me! 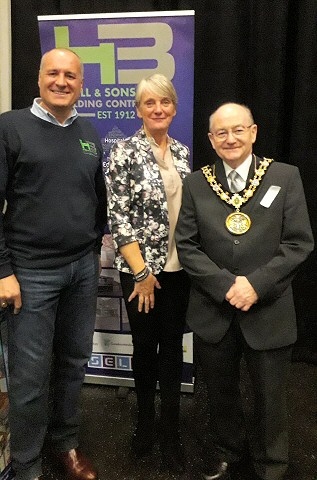 Friday was a preview night for Littleborough Arts Festival at Hare Hill House. I was amazed as I have never been to Hare Hill House in my life, even though I have passed it in Littleborough many times and didn’t realise how wonderful it was. Volunteers have been working on restoring this gem of a building for a while now – a lot of work is needed so I have a lot of admiration for these volunteers.

At the preview, myself and the mayoress had to look at different pieces of art and choose what we considered the People’s Choice award. It was an enjoyable hour. 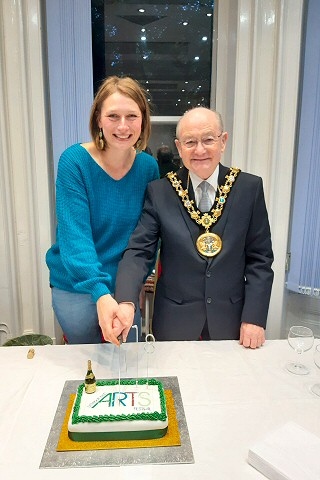 The people of St John’s Ambulance are amazing; they told of their stories and I said, ‘if anyone wants to have a heart attack, now is the right time!’ to the other mayors.

St John’s Ambulance provide training programmes in first aid to help save lives in communities. This is an annual awards ceremony where people are presented with medals for their amount of years’ service. They are very dedicated individuals and it was my pleasure to be in their presence. 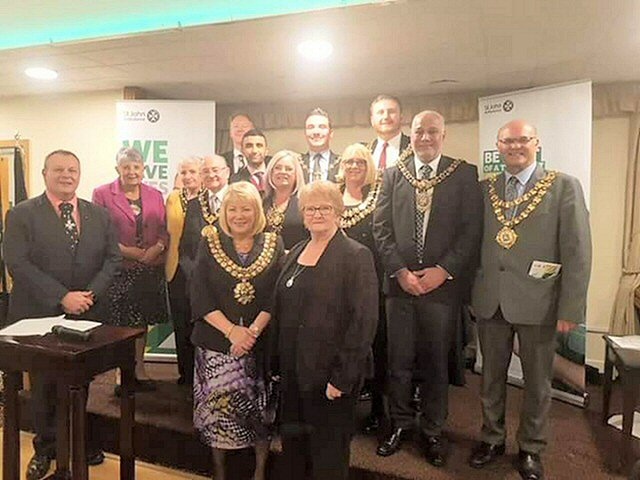 Pam Ashton organised an arts and craft auction at Norden Bowling Club in aid of the Mayor’s Charity Appeal on Saturday (12 October). It was a very successful afternoon with lots of fun had during the auction.

As I was surrounded by these good people, I gave a speech on my chosen charities this year and described what I intend to do with the monies raised at the end of my year, which helped focus on what the afternoon was all about. 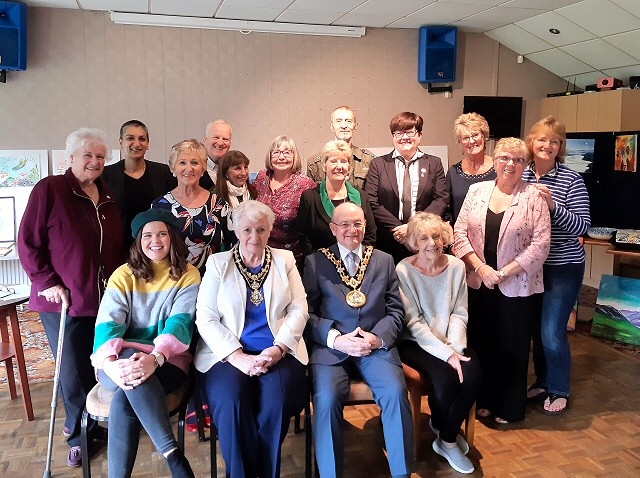 I had an evening of music and song later on Saturday at Middleton Parish Church. This was organised by the Masons in Middleton and at St Leonards to raise funds for the Christie hospital. The church was packed as all were entertained by the sounds of the Lancashire Fusiliers Band and two singers, J and J Duet.

We were on the front row and I had to turn my hearing aids off – the flute was right in front of me, I felt like I was part of the band! 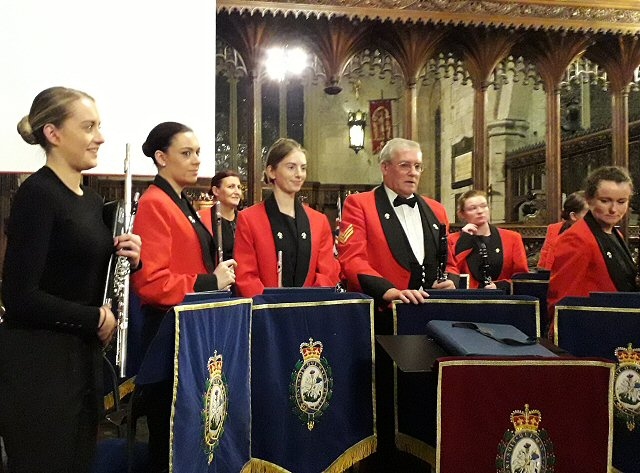 Sunday, to finish the week, I travelled to Manchester for a regimental parade of the Church Lads and Girls. This was a really well attended service at St Ann’s in Manchester, but before that I stood under my umbrella in England’s miserable weather to watch the youngsters march past.

I remember when I was a lad and used to watch the Church Lads and Girls parade with my family, and now I am attending it as a mayor. 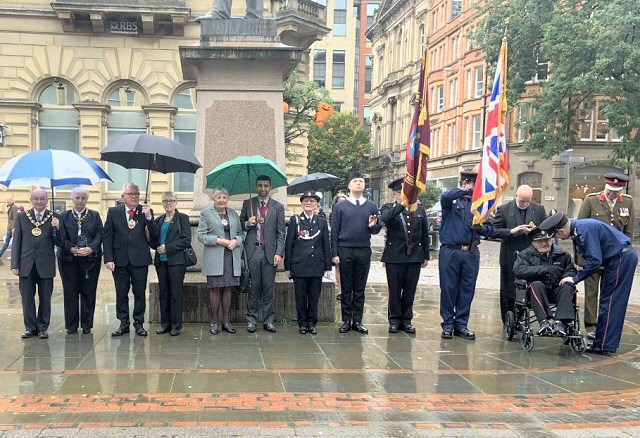