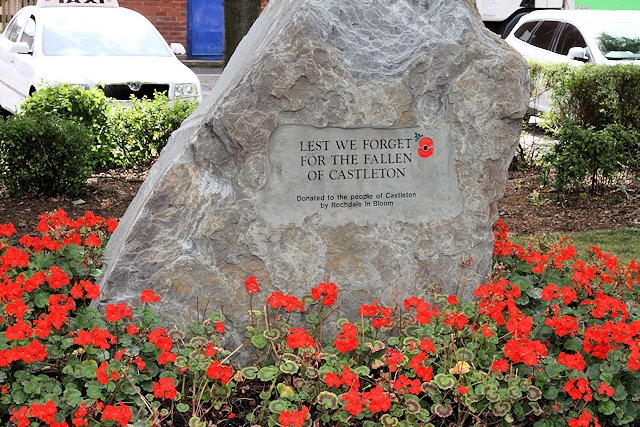 A first-time entry into this year’s RHS North West in Bloom Awards, the poignant Castleton War Memorial has been awarded the top level of ‘Outstanding’.

The thoughtful memorial was installed in the summer of 2018 by volunteers, located in the centre of the village green, just in time for the centenary of the end of the Great War.

The 'Oustanding' accolade, the top level for the North West It's Your Neighbourhood category, was announced on Wednesday (30 October) at the annual awards in Southport.

Roy Down, Rochdale In Bloom chairman, said: “This was a first-time entry for Rochdale In Bloom. We are absolutely over the moon with achieving a level five, particularly as this was such an important project for so many people.” 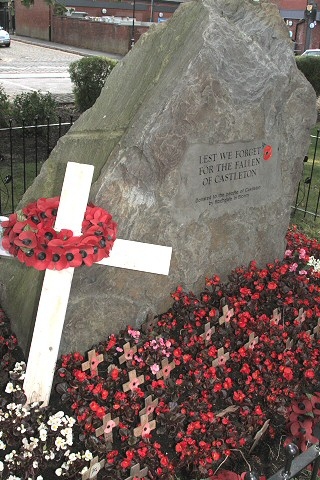 The regional North West in Bloom competition consists of two judging days. The first is a guided tour taking in areas of interest around Rochdale; the second allows for visits to community-based projects that include local schools, allotments, health and well-being projects and conservation areas.

Each entry is marked on its individual merit and can gain a maximum level five award.

This year's Rochdale In Bloom entry was sponsored by the Co-op, H Bell and Sons, and Rochdale Training.

A service will take place at the Castleton War Memorial this Remembrance Sunday, 10 November.

Councillor Billy Sheerin, who played a huge role in bringing the memorial to Castleton, said: “The result is absolutely amazing. I can't believe we've gone in and won the highest level right away, but this is testament because of the endeavour and passion behind the project.

“I'm over the moon: it's terrific that our little village has been recognised nationally.”